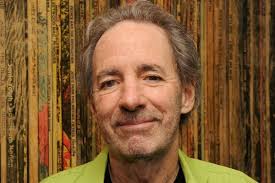 D’oh! That will be the noise made by millions of Simpsons fans today upon hearing that Harry Shearer, one of its main voice actors, is quitting the show. This news is not, as his character Mr Burns would put it, eeeexcellent. Shearer tweeted to indicate that he wouldn't be returning in forthcoming series of the long-running cartoon. The actor quoted Simpsons producer James L. Brooks' lawyer as saying “the show will go on but Harry will not be part of it.

The 71-year-old polymath suggested that a desire to work on other projects was the reason for his decision, yet Simpsons cast members have always appeared in other projects. Perhaps he’s simply had enough: Shearer’s spent 26 years on the Springfield-set show, having been on-board since its 1989 launch. Or maybe he’s disillusioned with its quality, having been outspoken about what he perceives as the show’s decline from its 90s heyday.Shearer’s also a busy man, with a thriving, multi-dimensional career outside the show.