Doctors begin to take Joan Rivers out of coma 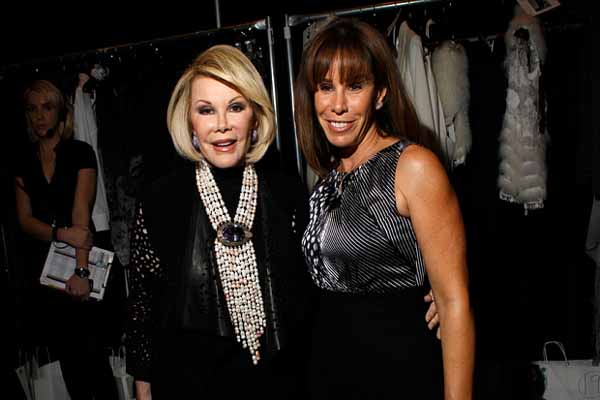 Her daughter Melissa said on Sunday the actress’s family are “keeping our fingers crossed,” as they slowly wake her up - a process which will take until Tuesday. 'There is real concern that the part of the brain that controls motor skills may have been compromised leaving her as either a vegetable or in a wheelchair,' a source close to the family told the New York Daily News. The source said the family would not find out how well the performer was likely to recover until the procedure was complete.

Rivers, 81, has been in hospital since Thursday, when she suffered cardiac arrest after her breathing stopped during a vocal cord procedure at a Manhattan clinic, her family and hospital officials said. Daughter Melissa Rivers, in a statement released by Mount Sinai Hospital on Sunday, said: “Thank you for your continued love and support.

“We are keeping our fingers crossed,” she said.

There was no update released as to Rivers’ condition.

Rivers is considered a pioneer for women in stand-up comedy. The Brooklyn native, who graduated Phi Beta Kappa from Barnard College, played the comedy club scene in New York in the 1960s.

In 1983, she earned one of the biggest gigs in the business when then-"Tonight Show" host Johnny Carson crowned her as his regular guest host.

But her subsequent, short-lived stint hosting a competing late night talk show on Fox network in 1986 led to a rift with Carson that lasted until his death in 2005.

She went on to host an Emmy Award-winning daytime show, The Joan Rivers Show, and more recently has found a niche on the awards show circuit, turning her biting wit on the fashion faux pas of Hollywood celebrities.

Rivers, known for her penchant for plastic surgery and with a reputation for being a ceaseless worker, also has starred alongside her daughter in the WE TV reality show, Joan & Melissa: Joan Knows Best?