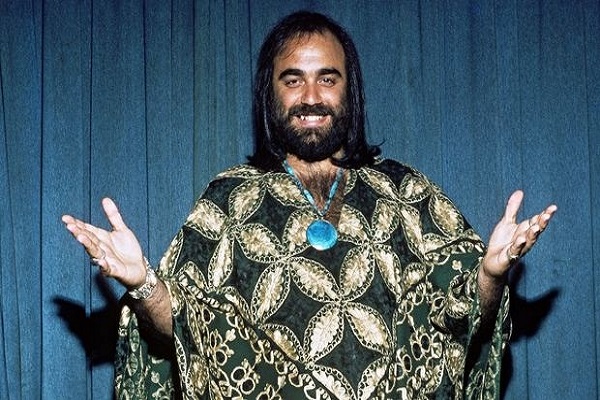 The Greek star’s image was set in stone after his 1973 hit Forever and Ever was used in Mike Leigh’s Abigail’s Party, but his back catalogue is an often ignored journey from apocalyptic prog experimentation to joyous disco

In 1974, holidaying Britons returned from Corfu and, en masse, snapped up Music from the Greek Islands, a Music for Pleasure compilation of a nation’s greatest hits, the musical equivalent of the Parthenon in a snow globe. A year later they were presented with an actual living Greek pop star, Demis Roussos – a handsome man with a sad, distant look in his eyes and a full beard; returning to a financially and musically impoverished Britain, they sent his Happy to Be on an Island in the Sun to No 5 over the 1975 Christmas period.