Dakota Johnson, 'I have no shame'

Dakota Johnson, there are zero shades of gray. 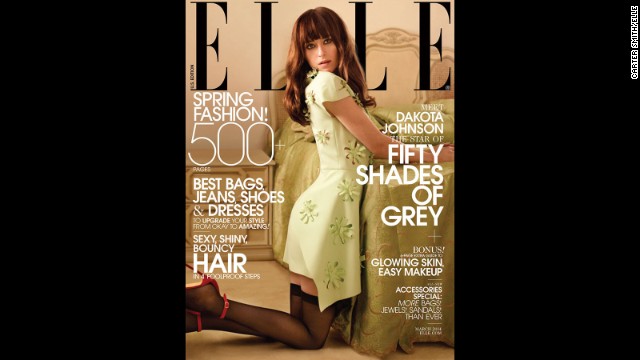 As the daughter of Melanie Griffith and Don Johnson, Dakota has been determined to act since adolescence. But it wasn't until she was cast as Ana Steele -- much to the chagrin of some fans -- that she became more of a household name.

And it wasn't just the sure-to-be-publicized sex scenes that drew Johnson in.

"Reading the book, I found myself more interested in the ways they were breaking each other down emotionally than the sex scenes," Johnson explains to Elle. "I think there's a part of a woman that wants to be the thing that breaks a man down."

Or, perhaps, she wants to be the thing that breaks down an audience that didn't quite believe in her.