Born in Moscow in 1866, Wassily Kandinsky became renowned as a leader in avant-garde art and is regarded as one of the leaders in abstract painting in the 20th centur 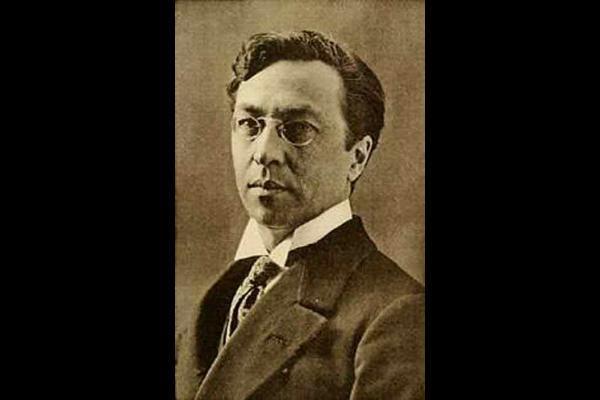 Despite this, Kandinsky studied Law in 1886 - where he attended Law Faculty of Moscow University - he later graduated with honours before being appointed Professor of Law at the University of Dorpat and marrying his cousin six years later, while managing an art-printing works on the side.

Born in Moscow in 1866, Wassily Kandinsky became renowned as a leader in avant-garde art and is regarded as one of the leaders in abstract painting in the 20th century. Google have used Kandinsky's abstract style to spell out 'Google'. Although Kandinsky's parents pre-empted him pursuing a career as a Lawyer, he once wrote 'I remember that drawing and a little bit later painting lifted me out of the reality.'

Deciding to study art at the earnest age of 30, Kandinsky ventured out to Munich to study drawing and painting, his obsession with Monet led him to explore his creativeness and concepts of colour on canvas - some of which deemed as controversial among his contemporaries and critics. Labelled as the 'father of abstract art', Kandinsky not only saw colours - he heard them too

Labelled as the 'father of abstract art', Kandinsky not only saw colours - he heard them too. He was accepted into a prestigious private painting school in Munich before moving on to the Munich Academy of Arts - his study was self-directed - and would actively explore the relationship between music and colour in his working - he formed the New Artists Association in Munich, as well as the Blue Rider Group with fellow artist Franz Marc - he was also a member of the Bauhaus movement alongside Paul Klee and composer Arnold Schoenberg.

Kandinsky's divorce was finalised in 1911, and having already met art student Gabriele Münter in 1903 - travelled extensively with her before settling in Bavaria prior to the outbreak of World War I. The couple soon separated and Kandinsky suffered a nervous breakdown before returning to his native Russia.

The Bauhaus school in Berlin where Kandinsky wrote plays and poems was shut down by storm troopers in 1933 when the Nazis seized power. Four years later in July 1937 - Kandinsky and other artists were featured in the "Degenerate Art Exhibition" in Munich - it was here that 57 pieces of his art were confiscated by the Nazis. Although little of the work Kandinsky produced in Russia still exists - many of the paintings that he created while in Germany still exist.  In 2012, his 1909 painting Studie für Improvisation 8 (Study for Improvisation 8) sold for $23 million at a New York auction house, and just last year his Studie zu Improvisation 3 piece fetched $21.2 million at a London auction .