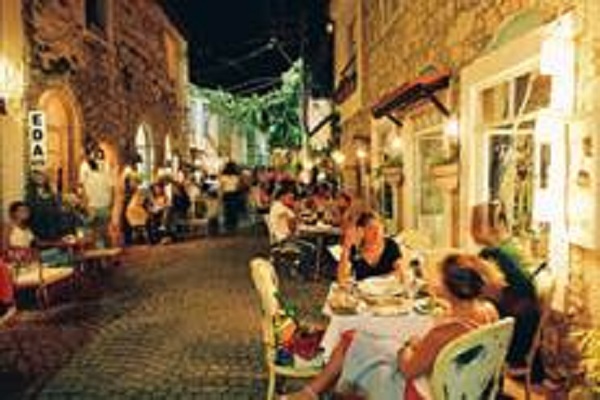 Alacati will hold its first-ever International Vanishing Tastes Festival on 6-8 June this year, and again the autumn, bringing a festival atmosphere to the town.

Celebrating the traditional home cooking of the Aegean region that has been lost or is on the verge of being lost, traditional recipes will be revived via events, discussions with famous authors, competitions, food tastings and workshops held with well-known Turkish chefs with many dishes being prepared on the streets of the town. Alacati's restaurants will also participate by preparing these traditional dishes for their menus and a recipe book will be produced containing the 'rescued' dishes.

The first edition of this twice-annual festival in June will feature spring and summer foodstuffs from the Izmir region around Alacati, while the second festival for 2014, to be held on 10-12 October, will focus on autumn and winter recipes to delight the taste buds.

Attendees from the UK include Editor of Connoiseur Magazine, Axel Ritenis, and the Head Sommelier of Gordon Ramsey's Maze restaurant, Arnaud Bardary. Participants of the international food scene from France, Italy, Greece, Croatia, Lebanon, Tunisia and the USA, as well as Turkey, will also come to enjoy the festive atmosphere.

The Izmir region has a rich culinary heritage due to its being the location for a confluence of cultures in the recent past, including Levantine, Jewish and Greek influences. The International Vanishing Tastes Festival continues the theme of cross-cultural influences in the present day with the inclusion of the Greek islands of Chios and Crete in the celebratory atmosphere.

The top gourmet destination of Alacati, promoted by Explore Alacati, is a sophisticated coastal town located on the Cesme Peninsula near the city of Izmir, backed by hillsides of vineyards and olive trees. Little-known outside of Turkey, it is a gastronomic destination of repute within the country with a wide array of Aegean cuisine on offer, local products and wines, top-notch eateries as well as regular festivals on a food theme.

As well as being a foodie heaven, Alacati is also close to unspoilt sandy beaches, lovely bays, lively beach clubs and an international windsurfing scene.

For more information on Alacati, its food and festivals browse www.explorealacati.com, where you can also search for recommended accommodation at one of its 27 boutique hotels.

For further press information and/or to request a press trip, please contact: