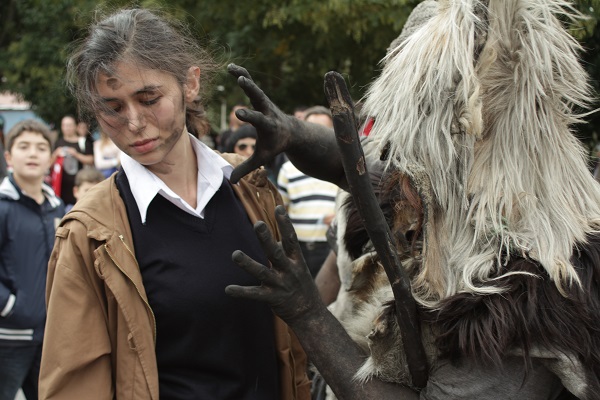 LONDON (19 May 2014) --- This year's London Turkish Film Festival, the Festival's 19th incarnation and coinciding with 100 years of Turkish cinema, arrives in London on 22 May to celebrate a triumphant year of achievement for Turkish cinema with a feast of internationally acclaimed Turkish films seen at film festivals worldwide, from Los Angeles to Shanghai. Supported by Turkish Ministry of Culture and Tourism, the Festival displays the wonderful diversity of contemporary Turkish cinema with no less than 24 feature films and documentaries.

The 19th London Turkish Film Festival (LTFF) opens with a gala evening at the O2 Cineworld which will include the presentation of this year's Lifetime Achievement Award honouring the career and achievements of legendary Turkish actress Serra Yilmaz, who works with award-winning Italian-Turkish director Ferzan Ozpetek, the announcement of the winner of the Festival's major prize, the Golden Wings Digital Distribution Award as well as showing Mahmut Fazil Coskun's Yozgat Blues.

The highly acclaimed films featured at the LTFF display the diversity of Turkish cinema with both traditional and contemporary stories explored with passion and humour in communities across the vast country that is Turkey.

The LTFF includes a bumper collection of this year's outstanding documentaries and short films with subjects ranging from monastery life (The Guest), to a street dog's view of Istanbul (Tasfaka, Stories of the Street) and a portrait of filmmaker Ahmet Ulucay (A Dream School in the Steppes).

A full feature film list, with descriptions, as well as shorts and documentaries can be found at: www.ltff.co.uk

The London Turkish Film Festival runs from 22 May to 1 June at the Rio Cinema, Dalston (where it all began in 1993), O2 Cineworld, Hackney Picturehouse, Dolby Theatre and Aubin Cinema.