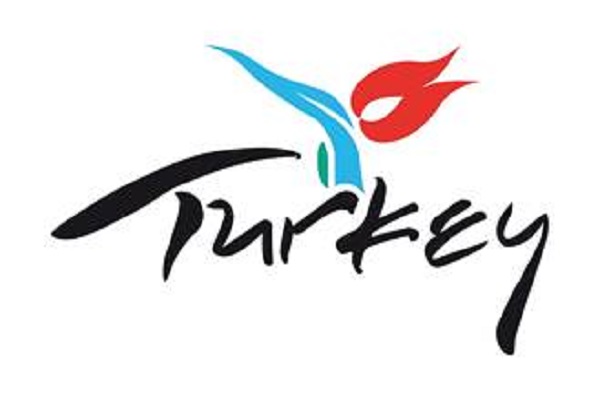 The strength of the pound against the lira means that Turkey is better value than ever for cash-strapped Brits, with the prices of holidaying in Turkey reported to be 29% lower than two years ago (source: Post Office Holiday Money Report).

Some of the top reasons for visiting Turkey are its:

 Spa and thermal offerings (no.1 in Europe)

 Larger number of endemic plant species than the whole of Europe

Turkey is ranked 6th in terms of the number of tourists by the World Tourism Organisation (WTO).  In 2013, Turkey welcomed 34.9 million foreign visitors – a year on year increase of 9.8%.

Turkey is also one of the most popular and affordable holiday destinations for the UK with the country ranking 6th for Brits travelling to short-haul destinations (source: MINTEL). In 2013, Turkey attracted 2.51 million British visitors, an increase of 2.15% from 2.42 million Brits in 2012, during which time they spent a total of £654 million while holidaying there.

Hotspot for 2014: Alacati – Holidaymakers are always looking for a new and exciting resort to enjoy, especially if it's as characterful and charming as Alacati on Turkey's Aegean coast. Frequented by the sophisticated set from Istanbul yet virtually unknown outside of the country, Alacati is special as its beautiful cobbled streets are dotted with stone houses which have been lovingly converted into hundreds of chic yet intimate boutique hideaways. Mostly owner-run these small establishments offer a top-notch and sophisticated setting in a pretty town of cobbled streets lined with cafes and restaurants. Set on the breezy Aegean coast it’s also world-renowned as a top spot for windsurfers which also add to its lively nightlife. Beyond Alacati the landscape is olive-tree strewn hillsides, converted windmills, natural thermal spas, ancient ruins and golden beaches.

Gallipoli for Centenary of Anzac Day – With 2014 representing the centenary of the start of World War I, the area around the Gallipoli peninsula (Gelibolu), the setting of the allies defeat, is a national park worth exploring. The former battlefields covering 35km or so can be toured by car and include Anzac Cove and the Ariburnu Cemetery. People descend on the area in April for Anzac Day on the 25th when the Gallipoli campaign is commemorated.  The area will be getting increased attention in 2015 upon the centenary of Anzac day; the same year Russell Crowe’s directorial debut will be released, The Water Diviner, a film partly set and filmed in Gallipoli, Istanbul and Fethiye. Nearby are the remains of the ancient city of Troy, Mount Ida of classical mythology for trekking, horse-riding or mountain biking while staying at a mountain inn, and the town of Canakkale with its buzzing nightlife and old town with market and mosques.

Health & spas – Turkey's geology and history makes it a great destination for a detoxing spa experience with over 1600 thermal springs across the country and hamam and massage treatments that have been perfected over thousands of years. There are a huge array of luxury hotels, Turkish baths and spa centres offering visitors the perfect spa experience to suit all tastes and budgets, as well as regions such as Afyon in central Anatolia starting to make a name for itself in this field. Perhaps less well-known is Turkey's attractiveness as a health tourism destination for its state-of-the-art medical and dental services and great value for money. Turkey currently has 48 health care organisations accredited by Joint Commission International while medical tourism advice site Treatment Abroad has listed Turkey in the top five most popular destinations for overseas treatment.

Lonely Planet has listed Goreme's Taskonak Hotel in the Cappadocia region in its Top 10 Extraordinary Places to Stay in 2014. Jess Lee says: “Goreme has dozens of beautiful cave-hotels but Taskonak manages to dish up the cave-suites and stupendous views Cappadocia is famous for without breaking your budget.” www.lonelyplanet.com/india/rajasthan/travel-tips-and-articles/top-10-extraordinary-places-to-stay-in-2014

Half of Europe’s top ten TripAdvisor's 2013 Travellers’ Choice™ Awards for All-Inclusive Resorts are in Turkey, with the best named as the Voyage Belek Golf & Spa. Winners were determined based on the most highly rated all-inclusive resorts on TripAdvisor, according to the reviews and opinions of millions of travellers worldwide. travel.uk.msn.com/hotels-and-flights/tripadvisors-best-all-inclusive-resorts-of-2013-1

The world’s first intercontinental subway, the Marmaray Tunnel, linking the European and Asian sides of Istanbul opened in October 2013. Fares are set at just 1.95TL with the travel time from Sirkeci on the European side to Uskudar on the Asian just 4 minutes. www.marmaray.com

Turkey’s airports processed 150.2 million passengers (including transit passengers) during 2013, up almost 15% on last year’s figure of 131 million (source: General Directorate of State Airports). This means that Turkey has now become Europe’s fifth biggest passenger market after the UK, Germany, Spain and France. Based on current growth rates Turkey could even overtake France as soon as this year to move into fourth place.

Turkey seeks to build a six-runway airport, setting out plans to build one of the world's biggest airports, at a cost of more than $5bn, as it steps up its efforts to make Istanbul a global hub.

Turkey plans to build 12 new marinas to increase the country's docking capacity for yachts and motor boats to at least 20,000 by 2015. www.icvbbulletin.org/index.php?option=com_content&view=article&id=640&Itemid=5

A new Radisson Blu hotel has opened in Istanbul's Sisli district. There are 291 spacious rooms and suites as well as conference facilities and a ballroom. www.radissonblu.com/hotel-istanbul-sisli

The Istanbul Marriott Hotel Sisli opens in March. The hotel has many unique features including a helipad on its roof. www.marriott.co.uk/hotels/travel/istdt-istanbul-marriott-hotel-sisli

DoubleTree by Hilton has opened its fifth hotel in Turkey, in the Avcilar district of Istanbul. //doubletree3.hilton.com/en/hotels/turkey/doubletree-by-hilton-istanbul-avcilar-ISTAVDI/index.html

A new boutique hotel, the Vault Karakoy, part of the House Hotel mini-chain, is due to open in April in the up-and-coming Karakoy district. Restored by the Agha Khan award-winning Turkish architect Han Tumertekin, the building retains original features, while the luxurious modern interiors were designed by Sinan Kafadar, inspired by its imposing bank vaults. www.thehousehotel.com/vault-karakoy-the-house-hotel.4.aspx

A new Raffles hotel, with one of the largest spas in the city, will open in 2014 in the award-winning Zorlu Centre in Istanbul. The hotel will have 180 rooms and suites, a ballroom with a 1200-person capacity, two restaurants and bars, indoor and outdoor swimming pools and a heliport. It is will also be home to a signature Raffles Spa, set to be one of the largest spas in Istanbul at approximately 3000 square metres. www.raffles.com/destination-map/hoteldestinations

The luxury Mandarin Oriental group is set to arrive in Turkey with the Mandarin Oriental, Bodrum, opening this year on a beachfront location. Located on a 60-hectare site with panoramic views over the Aegean Sea, there will be 82 exclusive guestrooms and 20 suites providing the largest accommodation in the area, many with private gardens and infinity edged pools.  Plans are also in place for a Mandarin Oriental Istanbul on the shores of the Bosphorus in Besiktas and set to open in 2016. www.mandarinoriental.com/about_mo/media/press_releases/development/bodrum.aspx

A perennial hallmark of international exclusivity, Soho House has recognised the importance of giving its members a home among the hubs of creativity around the world. It has chosen Istanbul to be the location of its biggest property ever, opening later this year. www.sohohouse.com

A #bunk hostel will be opening in Istanbul's Taksim district in April. With a branch currently in Beyoglu, it provides super-stylish accommodation at budget prices. www.bunkhostels.com

The Rhossos Rotana Resort and Serviced Apartments, a 300-room city resort located in Iskenderun the commercial centre of the Hatay region in Turkey's southeast, later this year. A first for Rotana in Turkey, the resort will feature a 200m private beachfront, Turkish spa & health club, business centre, large wedding and banqueting facilities, pool and a variety of food & beverage outlets. www.businesstraveller.com/middle-east/news/rotana-ventures-into-turkey

Hilton Worldwide adds its 50th hotel to its growing Turkey portfolio. The newest property will be branded under the Hampton by Hilton brand and plans to open to guests in early 2016. news.hiltonworldwide.com/index.cfm/newsroom/detail/26247

Istanbul will have a new Sheraton hotel in the Atasehir district, a business and trading centre located 8km from the Asian trading port at the intersection of two main highways, connecting the Asian and European sides of Istanbul.

Turkish chain Dedeman Hotels have announced that they will be opening 20 new hotels in the next 10 years, bringing their total to 22. These new hotels will be located in such areas of Turkey as Eskisehir, Malatya, Izmit, Mersin and Adana as well as Van, Batman, Kastamonu and Edirne.

Starwood Hotels and Resorts is set to open three new hotels in Turkey in the coming years, the Sheraton Adana Hotel, the Sheraton Bursa Hotel and the Aloft Bursa. www.starwoodhotels.com/sheraton/about/news/news_release_detail.html?Id=2011-02-07-SI

Four Seasons Hotels and Resorts will open a new resort in Cesme, Izmir, in 2016. Four Seasons Resort Cesme, with 130 resort suites and 16 private hilltop villas offering extraordinary sea views, will be the company’s third property in Turkey and set in an area renowned for its vineyards and therapeutic thermal springs. www.prnewswire.com/news-releases/four-seasons-hotels-and-resorts-announces-new-resort-in-turkeys-cesme-peninsula-182538181.html

Atlasjet will begin daily flights to Istanbul from Luton Airport in May. www.luton-dunstable.co.uk/News/Turkish-airline-Atlasjet-to-begin-daily-flights-from-Luton-Airport-in-May-20140210130314.htm

Bournemouth Airport will have a new Turkish route from OSKA Travel to Antalya as from April. www.bournemouthecho.co.uk/news/10984920.Bournemouth_Airport_welcomes_new_Turkish_route_with_operator_OSKA_Travel

Thomson Cruises has announced six new ports of call for summer 2014, including Turkey's Trabzon. New itineraries have been added to its schedule, including a Best of the Black Sea voyage. It currently already sails to Sinop on Turkey's western Black Sea coast. www.thomson.co.uk/cruise/ports-of-call/trabzon.html