What kinds of messages does Buzz Aldrin send to the Mars 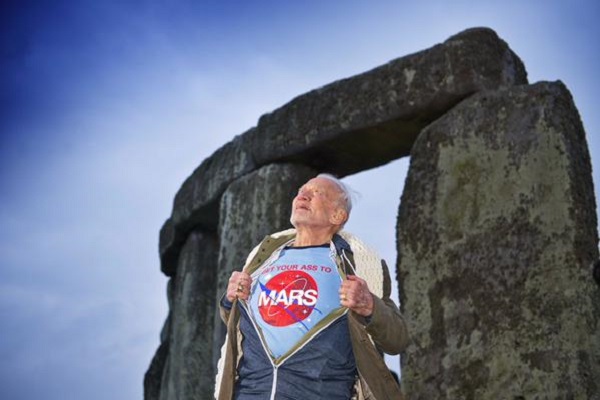 Former astronaut Buzz Aldrin tweeted a photo of himself in a Mars-themed t-shirt at Stonehenge that spells out clearly what he believes NASA's next mission should be. In the picture, Aldrin is standing in front of the prehistoric monument in England with a blue shirt that says "Get Your Ass to Mars," in a play on the logo of the National Aeronautics and Space Administration (NASA). The photo is his latest attempt to drum up support for the measures needed to establish a manned settlement on the Red Planet. "I firmly believe we will establish permanence on that planet. And in reaching for that goal, we can cultivate commercial development of the moon, the asteroid belt, the Red Planet itself and beyond...We need to look forward to countries around the globe following our lead and establishing a rotating permanence on Mars for science and commercial resources." (www.sciencetimes.com)