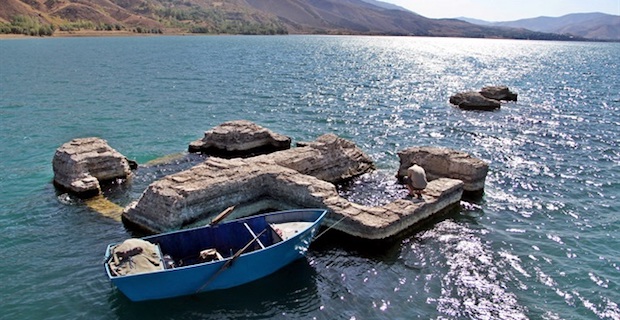 Turkey wants to register its historic "Sunken City" in eastern Anatolia to the temporary UNESCO World Heritage list. The city has been submerged in Lake Hazar, located in the Sivrice district of Elazig province, since 1830. The southwestern part of the city is visible at a spot called "Church Island".Scientists have found 4000-year-old archaeological traces from the area surrounding the city.Ebubakar Irmak, mayor of Sivrice, said the lake was formed when the earth's tectonic plates collapsed. 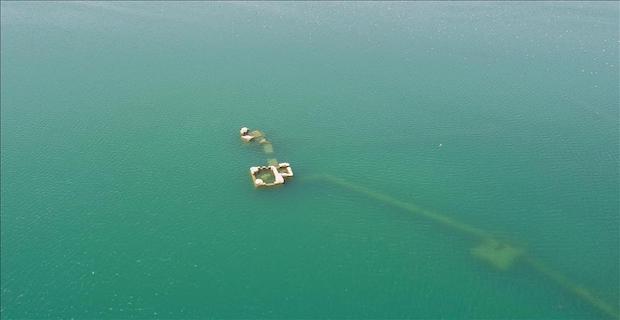 Apart from its historic importance, the blue-flagged lake is a place of outstanding natural beauty.

"There are a lot of historic remains here and we as a municipality want it to be studied. We find here signs of life from ages ago and we take it very seriously. This will benefit world history and literature," he said.

He added that the main hindrance in archaeological study was the fact that the entire city was now underwater.

"There are various myths about the city. It has not been studied properly because it is underwater."

He stressed there was a need to introduce the lake to Turkey and the world.

The mayor said he dived into the lake last year and saw the remains of churches, walls of a castle, pots, pottery and glazed plates of the citadel with traces of the Seljuk, Byzantine and Ottoman era.

Professor Ahmet Aksin, head of history department in Firat University in the province, said some documented records are available about the city.

Citing Armenian-origin writer Urfali Mateos who lived in the Seljuk period, he said: "Due to works by Mateos we know that there was a small castle here in the Byzantine period and we also know that a monastery was built here. The monastery built in the Seljuk period is an important heritage to Christianity, we can also learn more details from sources left from the Ottoman period."

Keywords:
Underwater Ancient City In TurkeyAncient CityElazig ProvinceLake Hazar
Your comment has been forwarded to the administrator for approval.×
Warning! Will constitute a criminal offense, illegal, threatening, offensive, insulting and swearing, derogatory, defamatory, vulgar, pornographic, indecent, personality rights, damaging or similar nature in the nature of all kinds of financial content, legal, criminal and administrative responsibility for the content of the sender member / members are belong.
Related News