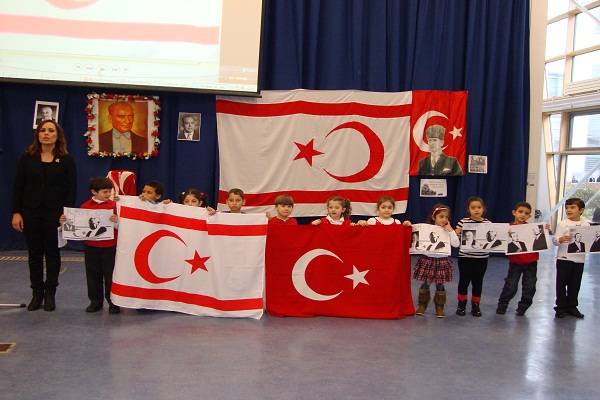 Turkish, Turkish- Cypriot and Kurdish, youth have diverse identifications, such as British, Turkish- British, Turkish, Kurdish, Cypriot Turkish, transnational, Londoner, etc., which depend on their everyday life experiences. It is therefore important to analyse how the second generation thinks, rather than how they belong.

Living across more than two cultural spaces demonstrates the different experiences young people face. It is seen as problematical in some cases. ‘Being in the middle of two cultures’ is a phrase used by the families and community organisations to describe the positioning of young people in London. The heads of community organisations and families in London believe that young people are not successful at school and have serious ‘identity’ problems because they are ‘between two cultures’. They believe that young people being neither Turkish nor British and not belonging to a particular culture is problematic. However, the identity positioning of young people is transformative with respect to their everyday social life experiences. In this sense, youth define their positioning in society in relation to sociability as a result of everyday interaction. Throughout their everyday interaction, most of the young people question ethnic categories and the issue of belonging.

Young people experience different social worlds between home, school, community, and their peers in forming their position in society. In these social spaces, they interact with the culture of the country of origin and other cultures. Therefore, the everyday social experiences of migrant children include everyday social interactions and relationships which might influence their identity. In engaging with various different cultural repertoires, young people experience complex identity options which they can choose or switch around.

Most of young people I interviewed claim that they have limited understanding of either or both cultures, because they cannot fully practice these cultures. They live in Britain, but have limited relationship to British culture and they never lived in the country of origin, but they try to practice its culture in London. The experiences of these young people demonstrates the possibility of constructing their own positioning by articulating a variety of interpretations as to what certain cultures mean and what identity positioning means to them. Not knowing both cultures fully makes them accept different cultural positions easily and transforms their notion of cultural belonging.

In everyday life, these young people enter into different spaces and participate in different cultural and identical positions, such as at school, at home, in their neighbourhoods, at celebrations, with their peers, etc. They find they have different social identities, such as migrant, youth, British, Cypriot Turkish, Kurdish and Turkish, and they do not conform entirely to any single category.

The main difference between the young people who feel that they only belong to Turkish or Kurdish culture and the ones who accept different cultural positions is found in their everyday social experiences and interactions with various cultural repertoires. It seems that the local environment, the influence of community organisations, and the family are important for the level of interaction of the young people with the country of origin. Basically, social relations play the crucial role in their identification. Kurdish, Turkish and Turkish Cypriot young people who were born or raised in England and move between different cultures indicate that the allegiance to the country of origin is not obligatory but is based on choice. They practice more than one culture and move between different cultures, whilst some of them choose to hold onto the culture of the country of origin. When these people speak about Turkish or Kurdish culture, they refer to their families and communities. Their relation to the country of origin is vicarious. The outcomes of the popular discourse of being in ‘between two cultures’ therefore needs to be analysed in relation to the everyday experiences of young people.

As I have highlighted family, local community, local environment, community organisations, and social networks in general are crucial influence in the definition of identity among these young people. These aspects blur ethnic identification but at the same time assist young people in comparing different cultures. It seems that ethnic identity is not at the centre of their definitions of identity: even though some young people believe that ethnic identification is crucial, they appreciate the fact that they are British by birth. Experiencing more than one or two cultures makes them creative in their reactions and perceptions.