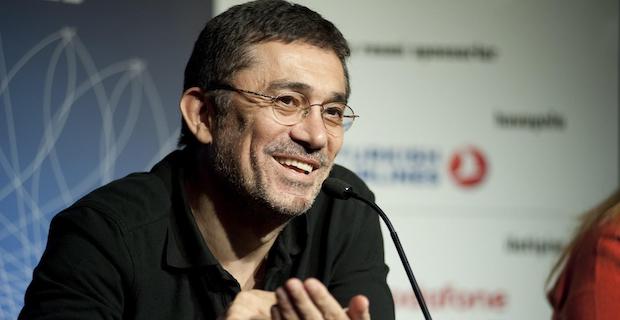 The Shanghai International Film Festival (SIFF) announced on Monday that a seasoned Turkish filmmaker would serve as jury chair at the festival’s between June 15-24.

Celebrated director Nuri Bilge Ceylan will preside over the jury deciding the Golden Goblet Awards, according to the event’s organizing committee.

The committee noted that Ceylan is known in Turkey as a "national treasure" and an outstanding filmmaker winning multiple honors at the Cannes Film Festival, held annually in France.

"He depicts the journey of life with deep long lens and accurately expresses his philosophical thinking and reveal the truth of life to audiences silently in poetic words and literary narration," SIFF said of Ceylan’s unique style.

Ceylan has participated in the Cannes Film Festival with six feature films where he has won several awards including best film and best director.

He is known worldwide for landmark works such as Once Upon A Time in Anatolia, Three Monkeys and The Wild Pear Tree.

Keywords:
Turkish FilmmakerShanghai Film FestivalNuri Bilge CeylaGolden Globe Awards
Your comment has been forwarded to the administrator for approval.×
Warning! Will constitute a criminal offense, illegal, threatening, offensive, insulting and swearing, derogatory, defamatory, vulgar, pornographic, indecent, personality rights, damaging or similar nature in the nature of all kinds of financial content, legal, criminal and administrative responsibility for the content of the sender member / members are belong.
Related News