To Kill a Mockingbird will return to London 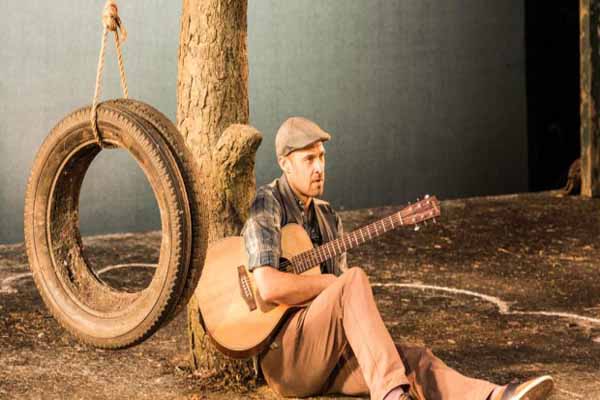 Following two hugely successful runs at Regent’s Park Open Air Theatre, To Kill a Mockingbird will return to London from 24 June until 25 July 2015 at the Barbican, at the end of the forthcoming UK tour. Robert Sean Leonard is thrilled to reprise the role of Atticus Finch exclusively at the Barbican. Tickets are now on sale to Barbican Red and Orange Members.  Tickets will go on sale to the public on Tuesday 2 September at 10am. Robert Sean Leonard is a Tony award-winning American actor and is best known for playing Dr. James Wilson in the Fox television series House and Neil Perry in the 1989 movie Dead Poets Society. Having frequently performed on and off Broadway since 1986, To Kill a Mockingbird at Regent’s Park Open Air Theatre in 2013 marked Robert’s critically acclaimed return to the London stage for the first time in 22 years.  Directed by Timothy Sheader, To Kill a Mockingbird originally opened Regent’s Park Open Air Theatre’s 2013 season to critical acclaim and sell out performances. Due to popular demand, it has returned for two weeks from 28 August to conclude the 2014 season at the Open Air Theatre following The Gershwins’ Porgy and Bess. Proving its success across every art form, the 1960 novel was awarded the Pulitzer Prize, followed by the film adaptation in 1962 which won three Oscars out of the eight it was nominated for.