The world has begun celebrating the start of a New Year 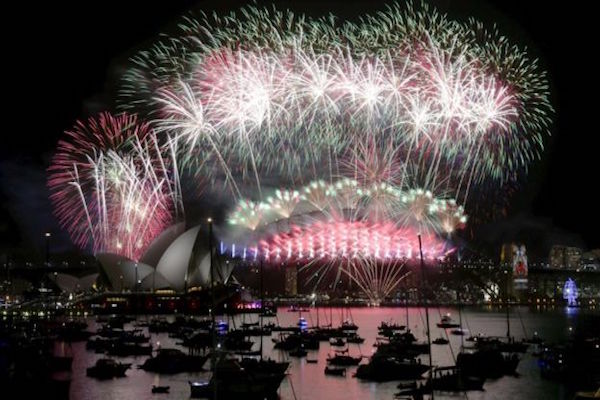 The world has begun celebrating the start of a New Year, with revellers in Australia and New Zealand some of the first to usher in 2016. Crowds counted down the last seconds of 2015 at Auckland's Sky Tower, which hosted a laser show and fireworks display. Up to 25,000 people had been expected to turn out for the festivities in New Zealand's largest city. country welcomed 2016 at 1100 GMT, an hour after Samoa and Kiribati.Firework display from the top of the Sky Tower to welcome the New Year on January 1, 2015 in Auckland, New Zealand.Photographers prepare to capture fireworks at the Taipei 101 skyscraper in Taiwan

Fireworks lit up Sydney harbour at midnight (1300 GMT) as the New Year welcomed in many parts of Australia.

About one million people were expected to turn out, and a pre-show for families was held at 9:00pm.

As the New Year sweeps across Asia, Hong Kong, Singapore, Beijing and other major cities will kick off their own grand celebrations.

In Egypt, festivities will be staged in front of the pyramids near Cairo, as the government works to revive its tourist industry.

Meanwhile, in Dubai, an extravagant display will illuminate the Burj Khalifa, the world's tallest building, with 400,000 LED lights and 1.6 tons of fireworks set to be used.

When 2016 hits Europe, approximately one million people will countdown at the Brandenburg Gate in Germany's capital, Berlin.

Despite security fears across the continent, many major public events are going ahead, though with heightened security restrictions.

Brave swimmers get out of the four degree Celsius cold water of the Moossee lake at Moosseedorf, Switzerland, 31 December 2015, after their traditional New Year

In Madrid, only 25,000 people will be allowed into the Puerta del Sol Square. More than 100,000 people are expected to watch the Mayor of London's fireworks show, a ticketed event.

Over in Sierra Leone, the declared end of Ebola will mark a return to festivities, after Freetown, the capital, was left deserted a year ago due to the disease's outbreak.

As 2016 finally reaches the Americas, up to a million people are expected to converge on Times Square in New York, amid tight security, to watch the famous ball descend.

On Rio de Janeiro's Copacabana Beach, crowds will not only mark the New Year - they will also fete the 100th anniversary of Samba music, and the upcoming summer Olympics.