The London Turkish Film Festival announces that the 18th Festival, originally was scheduled for late November 2012, will now take place in February 2013. 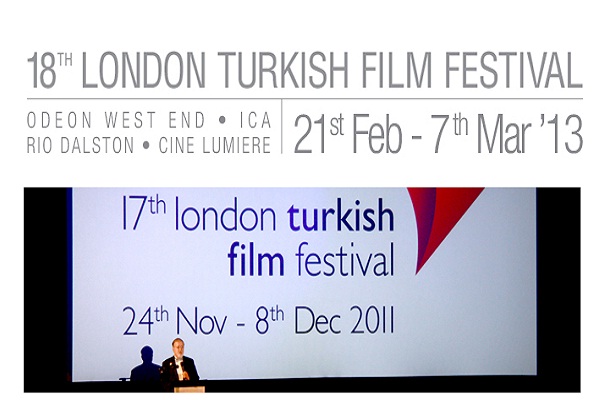 This move is seen as a positive step which will only help to produce a more vital, important and expanded annual event. The move will firstly have a significant impact on the LTFF programme content. The move by the International Berlin Film Festival to a slightly later date has meant that a number of recent films have been unavailable for the London Turkish Festival.

Understandably, producers and directors have been reluctant to commit their films to the LTFF until the final decision on inclusion in the Berlin Festival has been made. As this falls well after the London deadline, important and significant titles have had wait almost a year, and the next LTFF before being available to London audiences. The move to February, immediately following Berlin, offers the opportunity to present not only the best of Turkish cinema worldwide, but also the most recent.

There are also some very practical reasons for the move. The events calendar, cinematic and otherwise, in London during the period leading up to the end of the year is already a packed one. The choice of venues for the Festival is often a limited one. One of the aims of the LTFF is to spread its programming more widely throughout the capital and the move to February will help achieve this with a greater choice of venues available. The LTFF has always existed on a limited budget whilst making every effort to achieve the maximum from the resources available. Invitations to film makers, actors, writers and technicians have always played an important part in the LTFF programme. Personal appearances with Q&As have always been extremely popular with the appreciative LTFF audiences. Needless to say, the transportation and hospitality which makes these events possible accounts for a significant part of the budget. A move to February will reduce the costs, not the number of guests.

Vedide Kaymak, Director and founder of the LTFF comments:

“We have a number of exciting plans for the development of the Festival. The move to February will enable us to introduce them sooner rather than later. The result will be an event that fully reflects the achievements of contemporary Turkish Cinema for London audiences.”