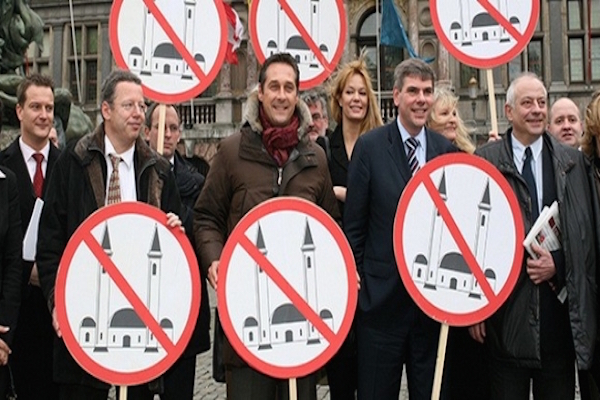 "We condemn the horrific attacks in Paris. We send condolences to and our thoughts are with and the loved ones of those that lost their lives and those injured. We must do all we can to root out such murderous attacks and hatred."We must also challenge attempts to portray all Muslims, refugees and immigrants as terrorists. President Hollande's statement regarding closing the borders in France implies all refugees are terrorists. There are almost one million refugees in the EU - if they were all terrorists there would be no one left in the EU. Terrorist attacks cannot be used to justify the refusal to take refugees.

"Too often the response to such attacks is to hold responsible and scapegoat all Muslims despite widespread condemnation of terrorism by Muslims, simply because a few carry out terrorist attacks in the name of Islam. Muslims are always portrayed as the perpetrators and never the victims of terrorism, even though many Muslims were also the victims in yesterday's attacks. This is the narrative that is leading to increasing anti-Muslim hate crimes. According to the West London Muslim Cultural Centre, already a Muslim woman has been attacked with a glass bottle today, following the Paris attacks.

"We must stand up to such attacks and also the racism and Islamophobia that follows. Don’t let the racists divide us."

Maz Saleem, Daughter of the late Mohammed Saleem who was murdered in 2013 in an Islamophobic attack said:

"My deepest sympathies and condolences go to all those that lost loved ones and were injured in the attacks in Paris and Beirut. I feel very strongly about such incidents because my father was murdered by a Ukrainian fascist terrorist and I am still struggling to cope with this tragic loss in my family.

"I also feel strongly about these events because my father was a Muslim and he was murdered by a fascist terrorist who bombed Mosques in the West Midlands and became known as "The Tipton Bomber". Quite rightly we do not equate all white people with this terrorist, but why are all Muslims treated as potential terrorists?

"My father and my family are Muslims and the victims of terrorism. In August Mushin Ahmed an 81 year old Muslim pensioner was murdered in Rotherham. I fear there could be more similar attacks if the approach of depicting all Muslims as terrorists continues."

"Our thoughts are with all those affected by the recent terrorist attacks. It is crucial that politicians and the media do not concede to a narrative that portrays all Muslims as terrorists. Firstly because it is not true. Secondly because we do not adopt the same approach when the perpetrators are white racists and fascists. Scapegoating all white people for Anders Breivik's attacks in Norway seems ridiculous, but this is exactly the response when terrorist attacks occur in the name of Islam somehow all Muslims are held responsible.

"Thirdly this is the climate in which far right and fascist organisations grow. France is one of the most concerning countries with the growth in support for Marine Le Pen and the Front National currently topping the polls, who could use these attacks to build further support. We must also be vigilant about groups like the English Defence League and Britain First who could use these attacks to stir up Islamophobia in Britain."