South to the Great Steppe: The Travels of Thomas and Lucy Atkinson in Eastern Kazakhstan 1847-52

The event were attended by the members of the shop, the representatives of British creative and academic community. 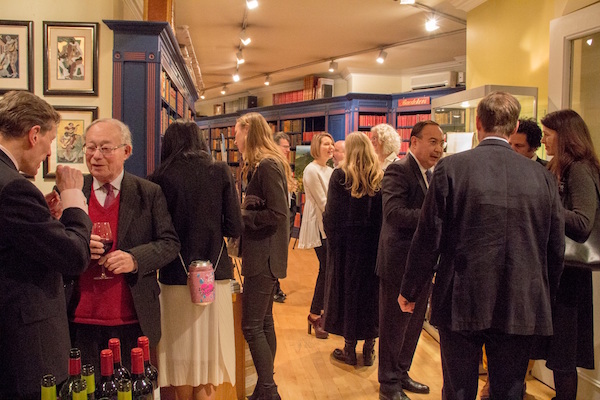 AVRUPA TIMES (LONDON)-On February 24th Shapero rare books shop in London saw the presentation of the book ‘South to the Great Steppe: The Travels of Thomas and Lucy Atkinson in Eastern Kazakhstan 1847-52’ by Nick Fielding. The book is about a British traveler and artist Thomas Witlam Atkinson, who visited our country in the 19th century.

The event were attended by the members of the shop, the representatives of British creative and academic community.

Welcoming the participants of the event, Ambassador Erzhan Kazykhanov emphasised the contribution made by Thomas Atkinson to the cultural and historic heritage of our country. Numerous paintings, diaries and letters of the British explorer prove the cultural wealth and the geographical diversity of the Great Steppe.

Nick Fielding, the author of the book, briefed the participants of the event on the journeys of Thomas and Lucy Atkinson through the illimitable space in Kazakhstan and answered their questions.

The book ‘South to the Great Steppe: The Travels of Thomas and Lucy Atkinson in Eastern Kazakhstan 1847-52’ provides important insights and background to the life of the Kazakh people of the 19th century. It charts the journeys made by a British explorer Thomas Atkinson and his wife Lucy to the eastern part of Kazakhstan, their meetings with local Kazakh officials, as well as the birth of their son Alatau Tamchiboulac, named after a famous spring and a mountain.

Fielding’s book contains high-quality reproductions of many of these paintings, including views of the Tamchiboulac Spring, the Ac-Sou River, the many kurgans surrounding Kapal, the remarkable Kora Valley, the Bascan River, the Terric-Sou and many other notable places in the region.

The idea for the book was developed in collaboration with the Embassy of Kazakhstan in London. Publication was supported by the Kazakh National Welfare Fund ‘Samruk-Kazyna’.