Showcasing, A Century of Ceramics

This September’s edition of the ‘Made in Britain’ auction explores a century of ceramics. 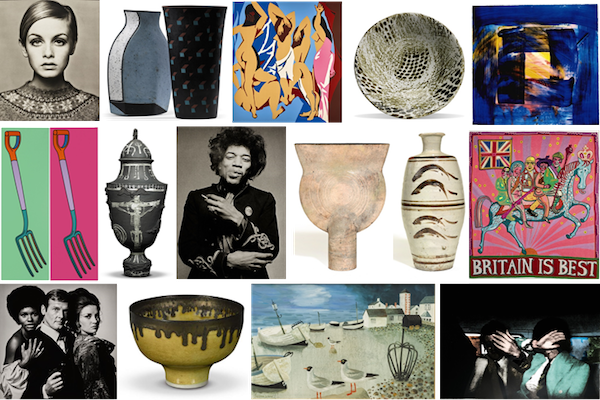 Avrupa/London - This September’s edition of the ‘Made in Britain’ auction explores a century of ceramics, presenting a plethora of delicate treasures that go hand-in-hand with some of the most beloved and venerated names of the British art scene. The curated selection charts the journey of ceramics in Britain, displaying them within the broader context of the arts of the time. The story begins with characterful early works by the Martin Brothers – whose ‘Wally Birds’ delighted and amused in the nineteenth century – on to exquisite and unseen works by some of the century’s most important figures including Dame Lucie Rie and Hans Cooper – and culminating in the work of the post-war and contemporary ceramicists who continue to push the boundaries of clay to their very limits. Viewed together, the engaging and poetic pieces illustrate an art form that encompasses sculpture, painting, chemistry and geology.

“A direct and intimate art form, ceramics are made to be handled and engaged with. This sale is the perfect opportunity to encounter exquisite pieces that can be lived with and cherished for generations, whilst exploring the enormously rich history that inspired their creation.”

- Robin Cawdron-Stewart, Head of Sale‘Made in Britain’ is a biannual sale dedicated to capturing the diversity and innovative spirit of British art in the twentieth century, exploring the intersections of different art forms. With just under 300 lots, vibrant artworks – including a psychedelic tapestry by Grayson Perry, a painting by Michael-Craig Martin and prints by David Hockney and Howard Hodgkin – appear alongside evocative photographs by Norman Parkinson, Terry O’Neill and Gered Mankowitz, as well as quintessentially British pieces by best-loved painters Mary Fedden, Alfred Wallis and Edward Burra. The sale also presents design pieces from an important private collection featuring works by a number of Britain’s most pioneering designers: Zaha Hadid, Barber & Osgerby and Amanda Levete.