Ahead of ITV drama Arthur George we lift the lid on the man who made 221b Baker Street one of the most famous addresses in the world. 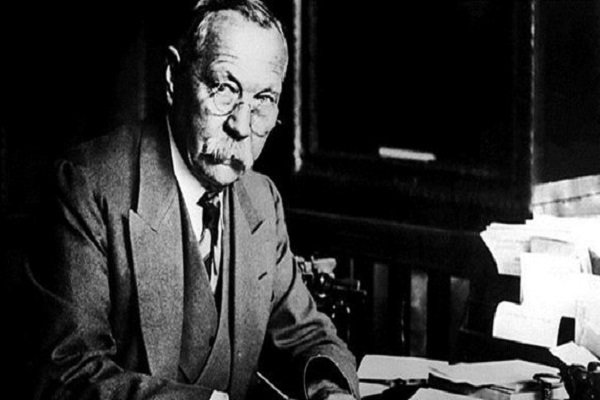 The plot focuses on the pair's attempts to clear George Edalji, a half Indian solicitor played by Arsher Ali (pictured below) who was imprisoned for a series of bizarre attacks on livestock in a small Staffordshire community in 1903 known as the Great Wyrley outrages.But what do we know about the real Sir Arthur Conan Doyle, the writer to whom Benedict Cumberbatch owes so much

He set up an ophthalmology practice in London (a blue plaque marks the spot at No. 2 Upper Wimpole St, London W1) but wrote in his autobiography that not a single patient ever crossed his door. But this did mean that he could dedicate more time to his writing.