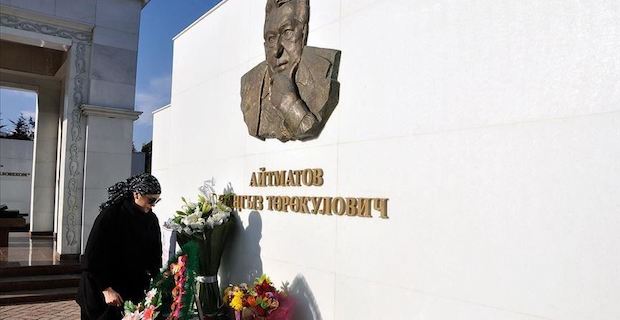 A Kyrgyz author and statesman Chingiz Aitmatov, whose fame reached beyond his country’s borders and books are read with great admiration all over the world, was born 91 years ago today. He was born on Dec. 12, 1928 in the village of Sheker near the Chinese border in Kyrgyzstan and his father settled in Russian capital Moscow due to his father Torekul Aitmatov’s career in 1929. He started his education life in Moscow, and had to drop out of school at the eighth grade when World War II started.

In 1942, while the men were sent to the front to fight, Aitmatov was brought to the secretariat of the village at the age of 14 to take the inventory of agricultural machines and work as a tax collector.

After the war, Aitmatov moved to Jambul, Kyrgyzstan in 1946, studied at a veterinary school, and ranked first at graduation. He also received an honor degree in 1953 from the Frunze Agricultural Institute.

During his years at the institute, Aitmatov worked as a reporter for local newspapers and penned columns.

In 1953-1956, he worked as a senior husbandry expert at the Animal Husbandry Division of the Agricultural Institute in Frunze. 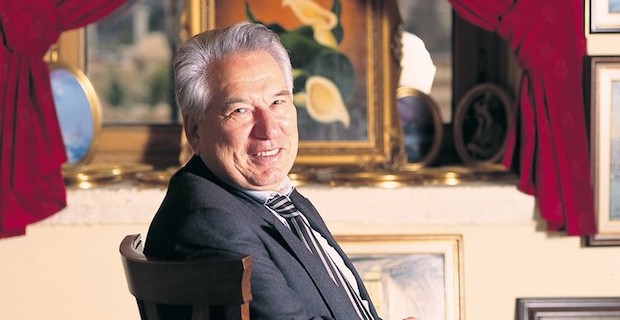 Translation of Jamila paves way for his global fame

Switching to literary studies at the Maxim Gorky Literature Institute in Moscow in 1956, Aitmatov started to be known with works he penned in 1957.

He graduated from the literature institute in 1958 and published his internationally-acclaimed novel Jamila the same year.

Jamila was later translated into French by poet Louis Aragon who called it "the most beautiful love story in the world," providing Aitmatov more recognition on the world stage.

Returning back to his country, Aitmatov started to work for Russian newspaper Pravda as its Kyrgyzstan reporter.

Aitmatov’s The First Teacher was published in 1962, and Tales of Mountains and Steppes in 1963 -- which brought him the Lenin Prize.

He wrote his first novel The Day Lasts More Than a Hundred Years in 1980.

Representing his country as ambassador

In addition to his literary work, Aitmatov also worked as the member of the Soviet Union Parliament in 1966-1989.

After the independence of Kyrgyzstan, Aitmatov served as Kyrgyzstan's ambassador to several European countries -- Luxembourg, Belgium and the Netherlands in 1994-2006.

He also represented his country in the EU, NATO and UNESCO.

Aitmatov wrote his last novel When The Mountains Fall Down: The Eternal Bride in 2007.

After getting sick in Tatarstan’s capital Kazan during a trip to the city in 2008, Aitmatov was taken to Germany for a treatment and passed away on June 10.

Aitmatov married Maria Urmatova in 1981 and had three sons and a daughter with her.

Upon his will, Aitmatov was buried in Ata Beyit cemetery where his father is also buried.

Source of honor for the Kyrgyz people, Aitmatov, whose works have been translated into 170 languages, is being remembered on the 91st anniversary of his birth with various activities in the Turkic world.

The International Organization of Turkic Culture (TURKSOY) declared 2018 the year of remembrance on the 90th anniversary of Aitmatov' birth, the biggest present of the Kyrgyz nation to the Turkic world and the world literature.

Over 600 high school and university students in Turkey read all of Aitmatov’s works to mark the year.

Turkey heard of Aitmatov with his short story The Red Scarf, which was adopted into the movie The Girl with Red Scarf (Selvi Boylum Al Yazmalim) in 1978.

Keywords:
Chingiz AitmatovTurkic World
Your comment has been forwarded to the administrator for approval.×
Warning! Will constitute a criminal offense, illegal, threatening, offensive, insulting and swearing, derogatory, defamatory, vulgar, pornographic, indecent, personality rights, damaging or similar nature in the nature of all kinds of financial content, legal, criminal and administrative responsibility for the content of the sender member / members are belong.
Related News