Save our Theatre in Nicosia

You probably already know about the attempt of the new district governor to end our foundation. 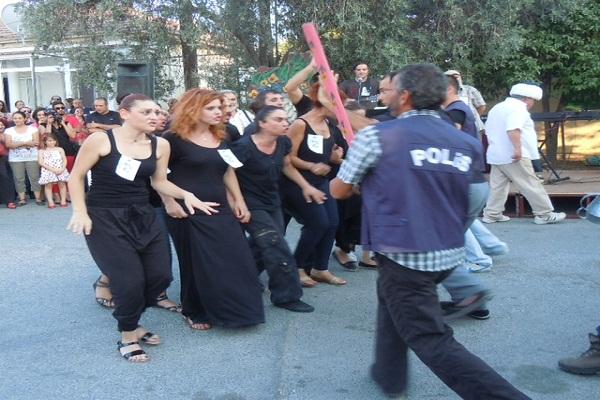 You probably already know about the attempt of the new district governor to end our foundation. This means cutting the money we use for productions and to pay the employees. When we opposed this decision we faced that he didn't have the ability to understand the importance and necessity of art and theatre for a city and its people.

We are protesting these actions on Tuesday July 24, at 18:30 at our theatre. We will perform, sing and read with our supporters.

We need our friends.

This is the letter I got from the dramaturg of the Lefkoşa Belediye Tiyatrosu informing me about the last news which I had asked from her. What does it mean? The theatre will have to close down, a theatre company with the highest reputation  will break up and as these theatre people also have quite conservative needs such as food and cloth,  they will eventually have to either look for another job or leave the country to look for a theatre that respects their work and input in culture.  Do you want that? Even in the worst of times, theatre was the last to go and in times of need, of war, theatre was the place people still went to in order to obtain reassurance and to forget for a while the nasty side of life. If we let this happen then we will lose part of our culture.

The news were in all newspapers, petitions were signed, artists were alerting each other, we all send mails around to come and show solidarity on July 24 in front of the theatre!

I have just come back from the event. I have met a lot of theatre friends and we have hugged and reassured each other. The media was well presented. Other theatre groups came with their banners and joined the crowd. It were the seniors of the theatre company who spread the facts on stage and beat the drums, Yaşar Ersoy, Osman Alkaş and Erol Refikoğlu together with the younger generation of actors and actresses who have learnt from and with them during the last years as a big family. They told their situation in the form of an ancient play about lies, all lies, our theatre, the arts, all is built on lies. Then Yaşar Ersoy spoke to us and unrolled the past of the theatre, the years of fight they had before and his voice thundered and he raised his fist, and his friend and supporter in those days, Mustafa Akinçı, former mayor of Nicosia, came onto the stage and spoke a long while: We cannot let it happen, we have fought, we must fight again. We do not recognize the authority of the district governor who is attacking the cultural life of our island, who is attacking the institution of theatre in general! And the audience fell in with songs of protests. Among the audience many artists, writers and important people.

Music friends came on stage and sang and showed their solidarity, such as Yiltan Tasçi and Ersen Sururi and Zelis Şenol and others.

The songs of fight will be on all screens, in all papers, in the news abroad. When I finally went home amongst the many home goers chatting and laughing, Rauf Kasimiv, the pianist  said to me: Funny, they all go home now as if after a pleasant theatre show, go home and eat and drink and laugh. Why do they not all lie down in protest in front of the theatre until the theatre company is reinstated with all their rights and dignity? Because, dear Rauf, society is not hungry enough.

What will the political decision makers do now, will they insist on their decision to destroy our culture and go on saying: Who cares about theatre, who cares about art?