One Of George Stubb's Most Celebrated Works 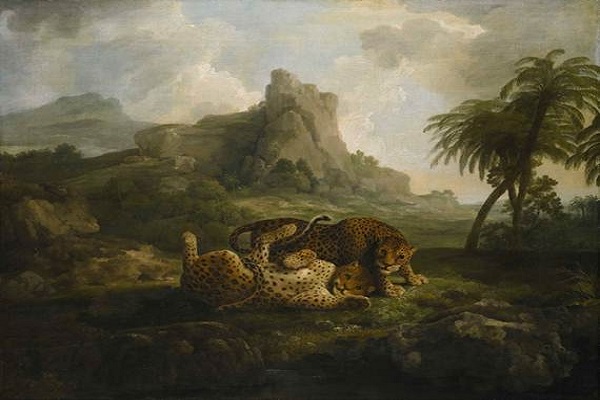 One of the rare examples of Stubbs’ big cat paintings to appear on the market in recent years,

Tygers at Play, one of George Stubbs’ most celebrated works is to lead Sotheby’s London Evening Sale of Old Master and British Paintings on 9 July 2014. Painted circa 1770-75, this masterful depiction of two leopard cubs ranks among Stubbs’ most popular subjects, reproduced in numerous prints. The painting itself, however, has rarely been seen in public, having been exhibited only four times since its original appearance at the Royal Academy of Arts in London.  Testament to the artist’s exceptional eye for capturing the animal form, this admirably preserved work boasts impeccable provenance, having been sold only once since it was commissioned from the English painter. It remained in the possession of a single family until 1962, when it was acquired by the present owners. Coming from a distinguished British aristocratic collection, Tygers at Play will be offered with an estimate of £4-6 million.

Talking about the sale of the painting, Julian Gascoigne, Specialist, British Paintings at Sotheby’s commented: “Major big cat compositions by Stubbs very rarely appear at auction. Having only passed through two careful owners since it was painted, this work is in perfect condition, down to the delicate whiskers of the leopards, which is exceptionally rare for a work of this date. Never has the art market been so global and the universal beauty of Stubbs’s animals appeals today to an ever-growing array of collectors across the world. We therefore very much look forward to exhibiting this extraordinary work in Hong Kong, Moscow, New York and London in the three months leading up to the sale”.