London Exhibition 'Of Time and Space' 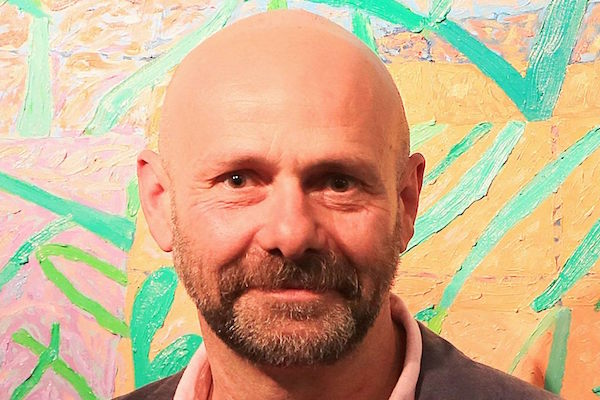 AVRUPA TIMES (LONDON)-Sümer Erek  and Frixos Papantoniou the London-based two Cypriot artist, exhibits their recent work in the 12 Star Gallery. Of Time and Space exhibition is initiated and organised by Achilleas Hadjikyriacou from the Cultural Section of the Cyprus High Commission. This is not the first time the two artists from the divided communities of Cyprus are collaborating but this exhibition conveys novel messages.

The exhibition opened by the High Commissioner, Mr Euripides L. Evriviades, who stressed the significance of the event in the following words:

“The Cyprus High Commission is very proud to support Cypriot artists living and working in the UK who draw their inspiration from their home country and enrich contemporary Cypriot culture. Tonight, the two participating artists, Frixos Papantoniou, a Greek Cypriot and Sumer Erek, a Turkish Cypriot, both members of Cypriot diaspora, attempt to explore the boundaries and emotions which shape our social and national identities across time and space.

Having the opportunity to present a joint exhibition by two Cypriots of different ethnic communities, here at Europe House, acquires its own symbolic and semiotic dimension. It epitomizes the ability of culture to work as an agent of solidarity, peace and exchange, which can touch the psyche of every human irrespective of their ethnicity, gender or religion.”

Frixos Papantoniou said his paintings expressed his own transformations in the following way:

“As far as the subjects of my paintings go, they are about the relationship between the space and the emotion I happened to find myself in at the time. After that moment occurred, all problems are pictorial. My paintings take shape through a gradual process of layering and as the internal logic of each composition unfolds, forms are defined, buried and rediscovered until the painting becomes “congruent with itself”.

Each painting is a concentrate of many paintings underneath, each functioning as an autonomous object revealing the visible traces of its constructions. With my paintings I do not want to instruct the viewer what to think but to allow them to go into their own personal journey with new experiences.”

In his work, Erek emphasises the processes of production and poses questions about how the artist can interpret the tragedy and trauma of migrants, the privatisation of public land, and the dynamics of participation in art.  The first section consists of four canvases and displays the emotional and artistic transformation of the artist in response to the Mediterranean migrant tragedy. He articulates it in this way:

“I used to express my strong ties to Cyprus in paintings of the Mediterranean. It was always for me the Sea of Love.  I expressed this feeling in the title of my work and tried to interpret its essence.  After a long pause, my return to the canvas was again about Cyprus.  These images were once again connected with the spatiality of the Mediterranean.  Perhaps these constructs had become spontaneous. However, during the production process, I had to stop.  The magical source of inspiration had evaporated.  My connection with time had been torn.  Although my affection for Cyprus remained strong, I had lost my inspirational love.  This realisation was a slap in the face.  For me, this was the end of the word. Names were no longer even mentioned in death news.  Individuals were statistical details.  The world was indifferent; tragedy had become ordinary. These feelings inspired my work and so I present them as Untitled.”

Another work that reflects on the change of space and time is entitled, Sunstroke. Mare Monte Beach in Cyprus is the subject of this painting through which Erek questions market expansion, values and the place of the artist in the production/consumption process. In his words:

“Having been privatised, this space was wrenched away from us, the locals. Yesterday we were in the shade of palm-leaf covered umbrellas, now the beach lies under advertising-covered sunshades that resemble the soldiers of an occupying company.”

In his Untitled work Sümer Erek brings a different approach to participatory art. Taking art away from its static structure and joining it to real production processes and public space is a unique character of his approach. He uses the art of everyday individuals from his workshop, many of whom may have never even drawn before, to inspire his own work. He emphasises the innocence and purity of the works of his acolytes to find new life in his own art. Erek says:

“Including casual participants into my art-making has been part of my practice for some time.  Now, I began implementing this approach in my paintings.  The issues I deal with in my work make this type of involvement essential. As public installations require civic engagement, a painting that deals with public space similarly needs the participation of individuals. This form of engagement and multiple interactions, I believe, will help to build a broader social base for art.”

Gül Berna Özcan, an academic, who attended Sümer Erek Studio’s Creative Workshops, says: “this engagement has been an excellent intellectual experience and a new journey.”  She emphasises that the artistic, productive and imaginary space she created along with the artist nourished new forms of expression and gave solitude from the harsh urban rhythm.

The joint exhibition of Erek and Papantoniou contributes to the positive atmosphere for a solution to the Cyprus problem. Sümer Erek stresses that these communities should make every effort to enhance their togetherness.

Of Time and Space