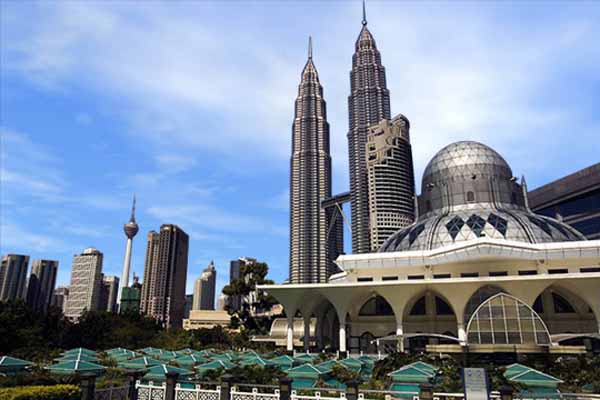 The 30-year-old, a Hindu in Muslim-majority Malaysia, says she was dragged along the stone-strewn road outside her house until she dropped to the ground, scratched and sobbing, as her ex-husband drove off.

The alleged abduction on April 9, detailed by Subramaniam in a police report and witnessed by a neighbour, was a painful loss for the mother-of-two, who has not seen Mithran since and fears her ex-spouse's conversion to Islam will win him custody.

The case has become a focal point of tensions over the widening role of Islam, which critics say is threatening Malaysia's secular core and exacerbating fraught relations between ethnic Malays, who are Muslims, and minority Chinese and Indians.

Subramaniam's estranged spouse converted from Hinduism to Islam in 2012, after their nine-year marriage broke down, taking the name Izwan Abdullah.

He then converted Mithran and their now eight-year-old daughter to Islam, giving him a strong case under Islamic law, or shariah, to take over their custody - which a shariah court granted him five months later.

"In five minutes, the children read some verses and were converted," said Subramaniam. "In 10 years, he never gave us money, he enjoyed his life and abandoned me countless times. Under what characteristic are they giving my children to him?"

Subramaniam fought back, last year obtaining a court protection order based on her accounts of domestic violence and in April winning a high court ruling that dissolved their marriage and gave her custody of the children.

Two days later Izwan took Mithran from outside her home in the town of Seremban, 60 km (37 miles) south of Kuala Lumpur.

Reuters attempted to contact Izwan through his lawyers but did not receive a response. In April, he told The Star newspaper that he had taken the boy because he feared his ex-wife would turn the children away from Islam.

In Subramaniam's custody battle, and another similar case, Malaysia's national police chief, Khalid Abu Bakar, has declined to act on judges' orders for children to be returned to their mothers, citing competing orders from the civil courts and state shariah courts. His stance has been backed by the home minister.

Legal experts say that is an unprecedented challenge to the secular courts' authority.

Politicians and activists pushing for Islam to play a bigger role in society have been on the advance since a May 2013 election that further polarised the nation and left the government more reliant on Malay and Islamic conservatives.

Prime Minister Najib Razak, who casts himself globally as a leader of Islamic moderation, is accused by critics of failing to take a stand against emboldened Islamic officials and courts as he seeks to shore up his party's core Malay vote.

"After the elections last year, somebody seems to have stepped on the gas pedal and we are moving much more headlong to a situation where Islam is enforced through all these institutions of state," said Andrew Khoo, a prominent lawyer.

Shariah courts operate at the state level and have been limited to Muslim family matters. Law experts say they had been recognised as subordinate to civil courts, but the legal lines have become blurred as shariah courts have expanded their powers in recent years to areas such as homosexuality and gambling.

"The civil courts have totally abdicated whenever there is a whiff of an Islamic issue," said Shad Faruqi, a law professor at Malaysian university UiTM. "We are witnessing a situation where a silent re-writing of the constitution is taking place."

Police chief Khalid and the attorney-general, the country's chief public prosecutor, have applied to the Court of Appeal to intervene to determine the jurisdiction of the courts.

Khalid and the attorney general's office did not respond to Reuters' requests for comment.

Islam's special role in the former British colony is enshrined in the constitution, which defines it as the religion of the federation. But the same article goes on to say that other religions may be practised in "peace and harmony", a provision that has been challenged by recent events.

In January, state Islamic authorities raided the office of a Christian group and seized more then 300 copies of Malay language Bibles because they contain the word "Allah", which Christians here say they have used for centuries.

The use of the word has become a touchstone issue for conservative Muslim groups, who declared victory in a protracted legal battle last month when the nation's top court ruled that a Catholic newspaper cannot use the word to refer to God. The Islamic body has not returned the Bibles and has said it will seize other publications, defying the attorney general's position that they are not illegal.

"Najib is a moderate but I think he is under tremendous pressure from certain quarters in the party," said Saifuddin Abdullah, a former member of the Supreme Council of the ruling United Malays National Organisation (UMNO) who now heads the Global Movement of Moderates Foundation set up by Najib.

"We are not the only ones who counsel him."

The minister for Islamic Affairs, Jamil Khir Baharom, said in June that Malaysia was not a secular state and that the government was working to expand shariah.

Najib's cabinet said in 2009 that conversions by one parent should be halted, but the decision was never passed into law. Rights advocates say it is mostly husbands who convert to Islam seeking an upper hand in custody disputes. Non-Muslims are not allowed to appear in shariah courts.

"It becomes a weapon to wield power over a wife - 'not only can I wield power over you, but so can the whole state apparatus'," said Ivy Josiah, executive-director of the Women's Aid Organisation.

In one case, Hindu school teacher Indira Gandhi has been waiting four years for police to act on a high court ruling that her convert husband should hand back her daughter, now six. In May, a high court cited the ex-husband for contempt.

Subramaniam has filed more than 20 police reports against Izwan since their marriage began to disintegrate and said he had shown no interest in the Islamic faith before they separated. Police chief Khalid was reported in April as saying that Izwan was being investigated over four of those reports.

She says she receives regular calls from government officials urging her to convert to Islam as an "easy" way to get Mithran back.

"I was given custody but he has my child; there's no justice in Malaysia," said Subramaniam. "No religion tells us to separate a mother from her children."