The World Tourist Organisation now names Turkey as no.6 in the list of popular destinations. 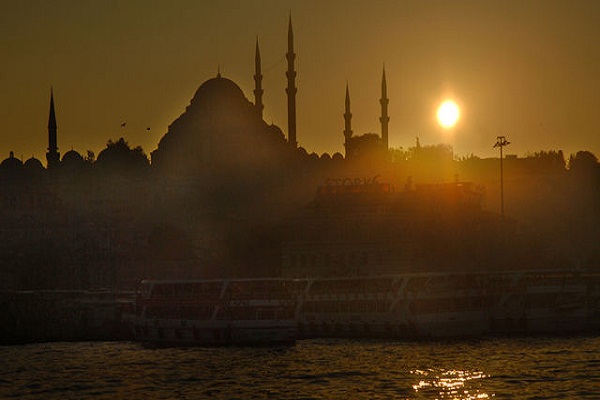 In 1963, I drove to Beirut from London via Western Europe with 2 other young women and we visited some of the Arab States before returning via Eastern Europe, which wasn’t easy in those days.

Nor was it easy in 2013 to go to Istanbul to celebrate 50 years because I have had to spend all my money on repairs to my flat recently- but I managed!

The World Tourist Organisation now names Turkey as no.6 in the list of popular destinations and it is also no.6 in the UK but German and Arabic voices are heard much more often.

I had fallen in love with Istanbul on our return journey from Beirut and, back in London, I was commissioned to do my own half-hour programme about it (I was a BBC journalist for nearly 40 years). I’ve since done many broadcasts and written about Turkey but most about Istanbul to which I return almost every year. Yes there have been many changes but it is still an enchanting and enchanted city. Locals argue about whether the population is 15 or 20 million, traffic is appalling and development continues to spread in every direction including creeping out towards the mouth of the Black Sea where the foundations of the third bridge have appeared.

When the BBC or the Turkish gov. paid, I most enjoyed the old Park Hotel and the Divan – not the Pera Palas- but of all the other Istanbul hotels I’ve stayed in, Thomas Cook found me the cheapest and smallest this time. The view from my tiny bedroom was of a brick wall less than 2 metres away but the Fors Hotel was clean and the staff were pleasant and I was able to fly British Airways instead of the incident-prone Turkish Airlines.

My photographer friend Naim and his family were in Aksehir for Bayram and my friend Belma was in her Richmond home. My other acquaintances in Istanbul include the Yilderim  family of lawyers related to Adnan who was our first friend 50 years ago. I still remember the colourful clothes and the exciting music at the wedding he took us to in Konya.

I only had a week this time but I managed to get to 4 of the 7 venues I aimed for :1. Kumkapi where the  bright lights illuminated the variety of gleaming fresh fish in front of the waterside restaurants including Dogan where I ate the very best lufer and big prawns and mushrooms in sizzling butter    2. Guzel Yer is another excellent fish restaurant;  it is near Telibaba, on the road to Kilyos, where brides used to visit the shrine to pray for healthy children after they had been married on the Camlica hill. The wedding hall, all the trees and the chestnut sellers have gone now  -just houses on the hill.    3. The fish restaurants under the Galata Bridge are good but not as good as 1 or 2   and 4.The enormous Hamdi restaurant at Eminonu -always worth a visit for the view, the traditional food and the mix of Turkish families and tourists.

Sadly I didn’t have time for Haci Abdullah off Istiklal on this trip and I was particularly sorry to miss their traditional food as my other favourite nearby was the Haci Baba which is now closed.

Another disappointment was to find the shop and little student-y café in the Press Museum in Sultanahmet are gone. I went there so often to eat menemen

My interest in eating well is one of the main reasons I enjoy Istanbul so I was pleased to edit “Turkish Cookery”, published by Saqi, to raise money to help children whose parents were killed in the last earthquake. I worked on BBC Newsnight with Peter Bazalgette, owner of most of the afternoon tv programmes, so I asked for his help to contact the top British chefs and food writers and was put in touch with the top Turkish culinary experts by my eccentric friend Hussein Ozer

It was good to see the attractive book prominently displayed in the World Cooking section of 2 large bookshops in Sultanahmet.

I urge readers to get to Istanbul now to see the Golden Hands bazaar in Beyoglu near the bottom of Istiklal. There are about 80 stalls demonstrating and selling goat’s hair kelims and hand-made clothes, wooden artifacts etc and jewellery including the beautifully exact work of miniaturist Necati Korkman. It is sad to end on a sour note but I do have to express my regrets that Turkey still doesn’t do enough to publicise its assets. I only learned about the existence of Golden Hands because the photographer Naim Kula knew one of the artists. The bazaar is open from 11am until 10 o’clock at night but only until 3rd of November.