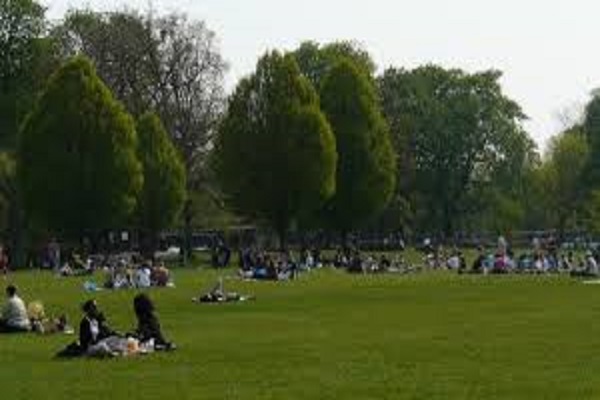 Counters were installed last May to measure park usage and the three millionth visitor landmark was reached earlier this month.

It is a fitting tribute to the appeal of the park and the stunning grade 2 listed Clissold House within it, one of London’s most popular wedding venues, which together this year will celebrate 125 years since being opened up to the public.

A summer of celebration, Clissold 125, is planned by the Clissold Park User Group, culminating in The Big Birthday Party on Saturday 21 June. This will offer activities for all ages, including a family event, live music in the café garden and a children’s theatre in the park’s Old Bowling Green.

The anniversary year will also be marked by a series of improvements at the Hackney Council-run park in Stoke Newington.

The park’s fountain is being restored in association with the Clissold Park User Group with the aid of a small grant from the Drinking Fountain Association.

The park's drinking fountain, which commemorates Joseph Beck and John Runtz, who campaigned to save the land Clissold Park now occupies from development, will be cleaned, have new taps installed and be topped by a new granite sphere.

Work on a new Clissold Park tennis clubhouse which will have office space, meeting rooms, a small tennis shop, kitchen and changing facilities is also expected to be completed this summer.

The metal bridge across the New River is also being refurbished and is on course to open at the end of the month.

"It is also a very special year for the park and we are delighted to be working with the Park User group on a series of events and improvements to celebrate its 125th anniversary."

The park is also the focus of a thriving volunteer scheme organised in coordination with the London Wildlife Trust which involves local people helping with park maintenance and the creation of a biodiverse wildlife habitat.