What is a 'Glencore moment'

Should we fear the 'Glencore moment' 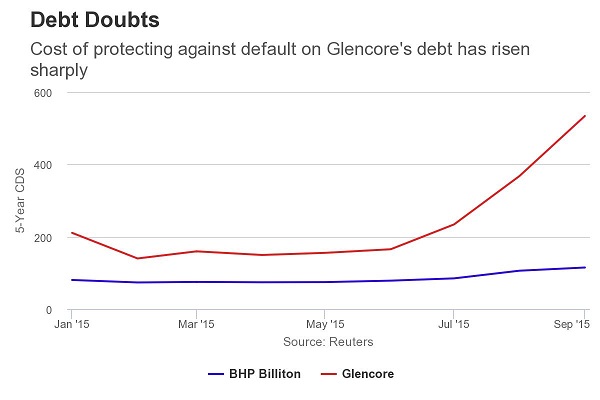 Hong Kong-listed shares of the Anglo–Swiss commodity giant crashed 27 percent on Tuesday, on the back of a 29 percent plunge in the company's London-listed shares in the previous session. The fall was sparked by a widely-circulated note on Glencore released Monday by Investec that pointed to a debt base well above its peers and a lower-margin asset base. The brokerage also warned of a scenario in which earnings could collapse entirely as Glencore worked purely to repay debt, which would eliminate all shareholder value. "Glencore is like Lehman Brothers, they have the most sophisticated trading desk when it comes to metals, coal, copper, iron ore. They're not just a company processing ore from the ground. If it was to unravel, that could have a global impact," Frank Holmes, CEO and chief investment officer at U.S. Global Investors, told CNBC on Tuesday. (CNBC)