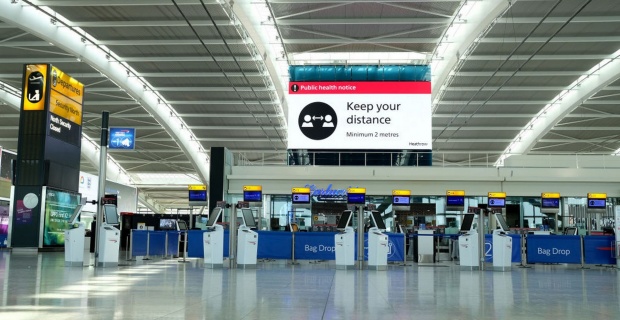 Lucy Moreton, from the Immigration Services Union, warned that Border Force was "catastrophically under-staffed" and that it took nearly a year to fully train new officers.  Meanwhile, one aviation recruitment expert said it would take at least 12 months for shortages to settle down. Some travellers have seen long queues and cancellations over Easter.  The travel industry cut thousands of jobs during the pandemic, but as demand for flights has returned, it has struggled to recruit, carry out security checks and train new staff quickly enough.  "For the first time in living memory, Border Force is no longer attracting enough candidates to fill the vacancies that they've got," Ms Moreton told the BBC. "Combined with the fact it takes nearly a year to fully train a Border Force officer, we're going into not just this summer but this weekend catastrophically under-staffed, with people beginning to travel again."

While she said it was right that no corners were cut with training and security clearances, Ms Moreton said more resources would help.  She said cash incentives were being offered for working shifts at London's Heathrow Airport, while staff from Scotland and Northern Ireland were also being brought down to provide cover.  However, she added: "This is a very expensive proposition that resourcing it properly in the first place would have avoided." The Aviation Recruitment Network, which is working with airports including Heathrow, Gatwick, Stansted and Manchester, said it currently had more than 300 live vacancies - a record for this time of year.  Kully Sandhu, the organisation's managing director, told the BBC he believed it would take at least 12 months for recruitment problems to be resolved.  "Brexit has not helped with the issues we're facing at the moment because we had a natural attraction of individuals from the European market who would apply for vacancies within UK airports," he told the BBC.  "We no longer have that talent pool to recruit from and we are relying on individuals within the UK."

Last week, Ken O'Toole, the deputy chief executive of Manchester Airports Group, said staff shortages meant long queues at security could continue for four to six weeks.  Meanwhile, airlines have been hit by Covid-related absences, with EasyJet and British Airways cancelling flights as a result.   EasyJet chief executive Johan Lundgren said delays in processing security checks for new airline crew were also contributing to flight cancellations.  He said the airline was waiting for the Department for Transport to give permission for around 100 new members of staff to start work.  However, the company said it had flown 94% of its planned schedule in the past seven days, with around 1,500 flights a day - four times higher than this time last year.  It added that cancellations had been made as early as possible to enable the majority of customers to rebook onto flights departing the same day.  EasyJet said it was seeing strong demand, with summer bookings over the past six weeks above pre-pandemic levels.

Keywords:
Warning Travel
Your comment has been forwarded to the administrator for approval.×
Warning! Will constitute a criminal offense, illegal, threatening, offensive, insulting and swearing, derogatory, defamatory, vulgar, pornographic, indecent, personality rights, damaging or similar nature in the nature of all kinds of financial content, legal, criminal and administrative responsibility for the content of the sender member / members are belong.
Related News