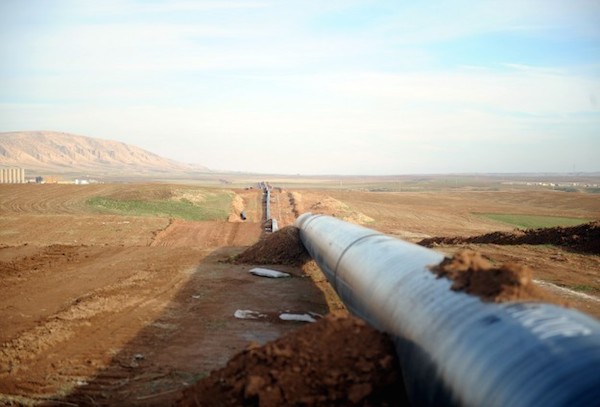 The United Kalavrvta tanker is anchored 60 miles off the U.S. coast with 1 million barrels of crude oil worth around $100 million, while the legal dispute between the Iraqi government in Baghdad and KRG in northern Iraq is settled.
“I believe that the U.S. market will open up to Kurdish oil,” said Marina Ottaway, a Middle East expert at Wilson Center, a Washington-based think tank.
“I suggest you watch what happens with the tanker stationed off the Moroccan coast,” she said. “If it is finally unloaded, it would be a pretty good indication that the tide has turned.”
The first tanker, United Leadership, out of seven containing the Kurdish oil, has been waiting off the coast of Morocco for the last two months, since Baghdad claimed KRG was trying to sell the oil without its approval, while KRG said the oil belong to people of Iraq according to the constitution.
The decision not to seize the tanker shows Washington is now more lenient towards the export of Kurdish oil, after stating its concerns numerous times in the last few months that KRG's oil exports, without the approval of Baghdad, would lead to the break up of Iraq as a country.
“The allowance of KRG crude into the US market sends a powerful signal to Baghdad,” said Paul Wihbey, president of Washington-based Global Water and Energy Strategy Team.
“If the court continued to block Kurdish crude imports, that would politically damage the Obama Administration when it is trying to overcome its miscalculations on ISIS and the Maliki government,” he said.
Kurds continue to protect the oil-rich northern Iraqi city of Kirkuk from IS militants. KRG remains strong while the Iraqi military has failed to stop IS. U.S. court decision might give KRG the chance to strengthen its economy by selling its oil directly into the world market. However, this is a little premature to conclude, according to Michael J. Stepek, an energy law specialist in Akin Gump, an international law firm, who says the case is not fully over yet for Iraq.
Baghdad has ten days after the decision to appeal to a higher court, said Stepek.
“The appeal can be made on different issues,” said Dr. Denise Natali, a Senior Research Fellow, at the Center for Strategic Research of the Institute for National Strategic Studies in Washington, DC. “I would imagine that the legal contentions continue as the KRG seeks outlet for its sales."