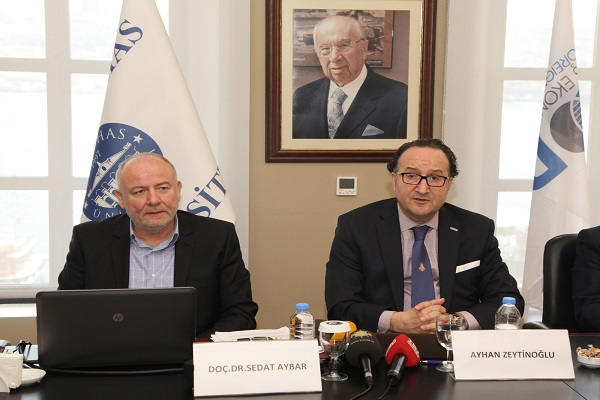 Kadir Has University (KHU) and the Foreign Economic Relations Board (DEİK), both based in Istanbul, Turkey, and the Vale Columbia Center on Sustainable International Investment (VCC), a joint initiative of the Columbia Law School and The Earth Institute at Columbia University in New York, released the results of their third annual survey of Turkish multinational enterprises (MNEs).[1] Conducted in 2013, the survey is part of a long-term study of the rapid global expansion of MNEs from emerging markets and covers the period from 2010 to 2012.

The report identifies 29 non-financial Turkish MNEs that have each invested more than US$ 100 million abroad and ranks them on the basis of their foreign assets. In 2014, these 29 firms accounted for roughly:

These figures illustrate an increase in Turkish outward foreign direct investment as compared to the previous report’s findings. The report also finds a rise in the companies’ total assets (domestic and foreign), total sales, total employment, and in the number of different countries in which Turkish firms now have a presence.

Much of this investment was made by a core set of firms: The top ten MNEs controlled more than 70% of total foreign assets, amounting to US$ 26.4 billion. But alongside those firms, there is a growing body of other Turkish companies engaging overseas. Indeed, since the report we published in 2011, the number of Turkish MNEs investing more than US$ 100 million in foreign countries has increased from 19 to 29. These ten firms newly added to the ranking are the Anadolu Group (conglomerate), Yıldırım Holding (conglomerate), Gübretaş[2] (fertilizers), Kürüm Holding (iron and steel), Evyap (consumer products), Turkish Airlines (airlines), Türk Telekom (communications), Hayat Holding (conglomerate), Ekol Lojistik (logistics), and Teklas (automotive).

The report released today by the two Turkish institutions and the VCC is part of a long-term study of the rapid global expansion of MNEs from emerging markets, known as the Emerging Market Global Players (EMGP) Project. The EMGP Project is led internationally by the VCC and has some 18 participating countries. Reports have thus far been published on 14 countries: Argentina, Brazil, Chile, China, Hungary, India, Israel, Korea, Mexico, Poland, Russia, Slovenia, Taiwan and Turkey. For further information on the VCC and its other activities related to foreign direct investment, visit: http://www.vcc.columbia.edu/.