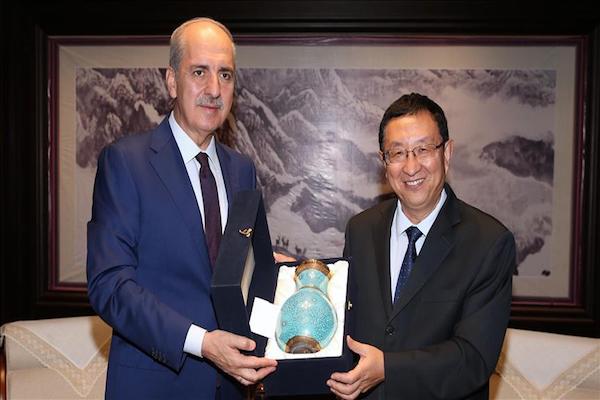 AvrupaLondon - Turkey’s minister for culture and tourism said on Monday that he expects 200,000 Chinese tourists to visit the country by the end of this year.Numan Kurtulmus met the Chinese Minister of Culture Luo Shugang in China’s capital Beijing, on the sidelines of a session of the UN World Tourism Organization.“Turkey and China need to strengthen cooperation, and this is impossible without cultural exchange and tourism,” Kurtulmus said.China has declared 2018 as the "Turkey Tourism Year".Kurtulmus added that he hoped that One Belt, One Road project -- which aims to connect Asia and Europe through 65 countries -- will improve Sino-Turkish relations in all aspects.Luo praised the porcelain artifacts exhibited in the Topkapi Palace in Istanbul.“China is known for its porcelain, but I have not seen the porcelain I saw in Topkapi Palace even in China,” Luo said.Kurtulmus visited historic and tourist sites in Beijing after the meeting.