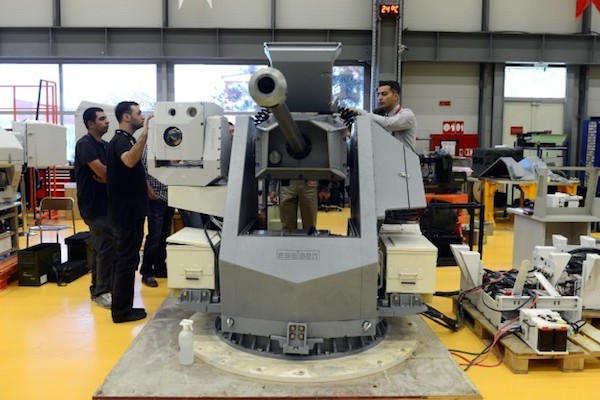 ASELSAN, a leading Turkish defense systems producer, claims to have increased its net profit by 100 percent in the first six months of this year over the same period a year ago, as the company's order book reached $9.4 billion. According to its activity report of 2014, the company has made 199 million Turkish lira ($92 million) profit in the half year so far. Earlier this month, ASELSAN climbed up on a list of the world's top 100 defense giants, compiled by the prestigious U.S. weekly, Defense News. Based on 2013 figures, this year's list ranks military electronics concern ASELSAN 67th, compared to 74th last year. ASELSAN's 2013 defense revenue was slightly over $1 billion, up from $862 million a year ago.