The highest train fare rises for nine years have come into force for rail travellers in England and Wales.

Labour condemned what it called a "brutal" rise while the TUC union said it would "make it harder for city centres to bounce back" from Covid. 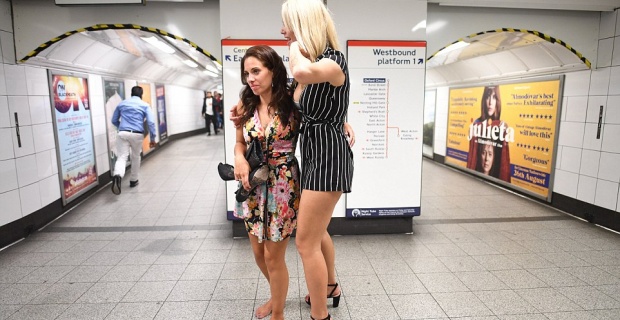 Regulated fares in England and Wales will rise by up to 3.8%.They cover around half of fares and include season tickets on most commuter routes.Labour condemned what it called a "brutal" rise while the TUC union said it would "make it harder for city centres to bounce back" from Covid.But the government said the increase was below the rate of inflation.The current retail prices index (RPI) measure of inflation stands at 7.8%.The rail fare increase is based on last July's RPI inflation rate. The increase in train fares would have been higher than up to 3.8% if the government used its normal formula of RPI plus 1%.Nevertheless, Tuesday's rise is the steepest increase since January 2013, according to figures from industry body the Rail Delivery Group.It comes at a time when the UK's cost of living is rising at the fastest pace for 30 years, with the rate expected to rise even further.

Prices rising at their fastest rate for 30 years

Why are prices rising so quickly?

Train services remain under pressure from cuts in December when there were huge staff shortages due to the Omicron variant of the coronavirus.
Demand for rail travel remains around a third below pre-coronavirus levels.

Keywords:
England And Wales.Train FareTrain Fare Rises
Your comment has been forwarded to the administrator for approval.×
Warning! Will constitute a criminal offense, illegal, threatening, offensive, insulting and swearing, derogatory, defamatory, vulgar, pornographic, indecent, personality rights, damaging or similar nature in the nature of all kinds of financial content, legal, criminal and administrative responsibility for the content of the sender member / members are belong.
Related News