Tesco has said that most food will still need to be purchased in-store amid the coronavirus pandemic. 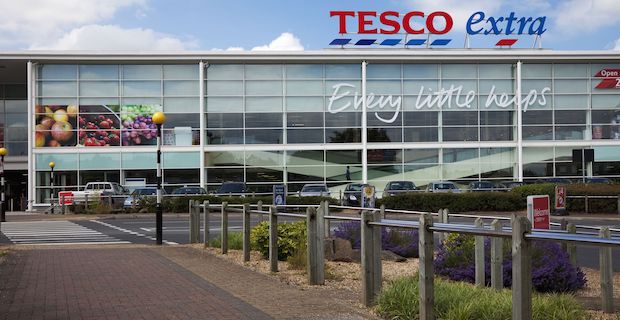 The supermarket giant said it wasn't able to meet demand as more shoppers stay at home, despite the fact it has increased its online grocery shopping capacity by more than 20%. It said in the first weeks of the virus, there was "significant panic buying", with sales up almost a third. Tesco said that had now subsided with food stocks "returning to normal". "Between 85% and 90% of all food bought will require a visit to a store and here significant changes to the store environment have been implemented to maximise safety for colleagues and customers," chief executive Dave Lewis said.

Mr Lewis said that during its peak week of stockpiling, Tesco sold:

In contrast, he said sales of clothing and fuel both fell by 70%. The chain said it would continue trying to "prioritise home delivery for the most vulnerable in society". Mr Lewis said that Tesco normally operates 660,000 home delivery slots but it is now running around 805,000.  He said that last Friday night, the government gave Tesco a list of 110,000 names of people it classed as vulnerable. The supermarket has contacted these people and offered them slots. 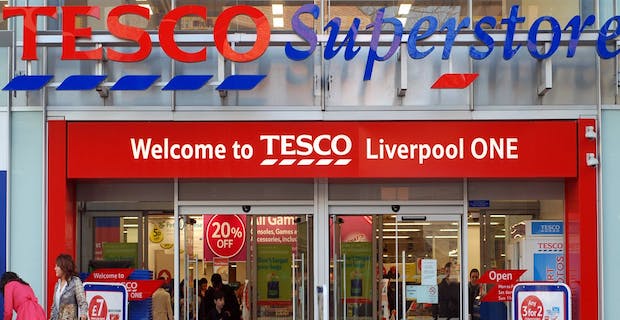 The statement came as the chain reported a sharp fall in pre-tax profit for the year to the end of February, down almost 19% to £1.3bn, largely due to restructuring costs in Europe. The chain also said it was impossible to forecast sales for 2020 due to the coronavirus pandemic. Tesco said the virus could add almost £1bn in extra costs due to extra staff and store expenses. It said it had already experienced a "significant absence" of staff amid the virus and had recruited more than 45,000 new staff over the past two weeks to cope with the heightened demand. Mr Lewis said some 50,000 colleagues have been absent out of about 320,000 employees.  The supermarket has also agreed to pay a dividend of 6.5p to shareholders, based on its last financial year.

This has attracted some criticism as the grocer has benefitted from a business rates holiday to the tune of £585m while seeing record sales during the coronavirus crisis. Tesco also intends to pay a dividend on the current financial year, though at a lower level. The supermarket giant reported group sales up 1.3% to £64.8bn.  Like-for-like sales, which strips out revenue from new shops opened during the year to February, fell 0.6%. Same store sales in the UK fell by 0.6%.

Keywords:
UKCoronavirusTescoSupermarket
Your comment has been forwarded to the administrator for approval.×
Warning! Will constitute a criminal offense, illegal, threatening, offensive, insulting and swearing, derogatory, defamatory, vulgar, pornographic, indecent, personality rights, damaging or similar nature in the nature of all kinds of financial content, legal, criminal and administrative responsibility for the content of the sender member / members are belong.
Related News