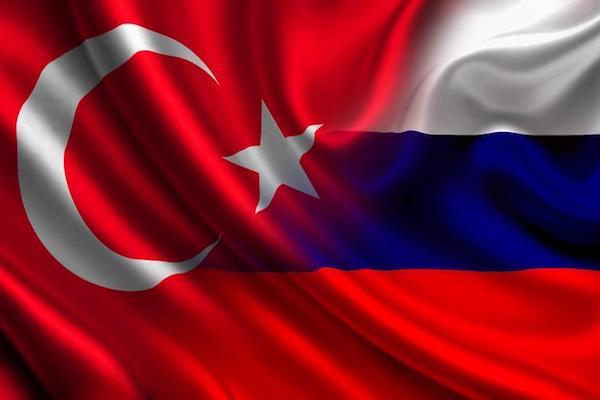 AvrupaLondon - Russian President Vladimir Putin visited Turkey on Sept. 28 for talks with President Recep Tayyip Erdogan. This was Putin’s second visit to Turkey and the fifth meeting of the two leaders over the last year since the two countries began normalizing relations after the downing of the Russian Su-24M tactical bomber by a Turkish F-16 fighter jet on Nov. 24, 2015.

There were several issues on the leaders' agenda, including the situation in Syria and Iraq, especially the independence referendum of the Kurdish Regional Government (KRG), Turkey’s purchase of Russian S-400 defense systems, along with a number of other political and economic topics as well as bilateral trade.

When we look at the current history of Turkish-Russian relations, we see that the bilateral relations developed with a constant acceleration rate from the mid-1990s up to the downing of the Russian jet in November 2015.

During the period before the downing of the jet, Turkey and Russia came closer, concentrating on the flip side of the relations and managed to upgrade their relations to a "strategic partnership in the new century".

Nevertheless, the escalation of disagreements between the two countries over the Middle East, especially the so-called "plane incident," had direct negative consequences on the almost two-decade Turkish-Russian modus vivendi.

The increasing disagreements, competition, and insecurity in the region lowered the chances of any improvement in the political, economic and security-related arenas. At the same time, rising tensions between the West and Russia further undermined the already fragile regional balance. Ankara appeared to be stuck in the middle.

Turkish-Russian bilateral relations developed with a constant acceleration since President Recep Tayyip Erdogan sent a letter to President Vladimir Putin, expressing his regrets for the downing of the Russian jet.

One month later, President Erdogan paid his first visit abroad in the aftermath of the failed coup to St. Petersburg on Aug. 9, 2016. This visit marked a milestone in the bilateral relations between the two nations after an almost nine-month break, which came to be labeled as "annus horribilis" in the Turkish-Russian relations.

After their meeting in St. Petersburg, the two leaders highlighted their substantial and constructive dialogue on all issues of mutual interest and outlined a roadmap for restoring ties to a pre-"plane incident" level.

Both leaders agreed that regional problems needed to be resolved through joint initiatives, implying that this should happen under the tutelage of Turkey and Russia.

The most concrete result of the meeting was the removal of the ban on Turkish tomatoes, which had plagued the countries' bilateral trade since the beginning of 2016. This ban was part of the anti-Turkish sanctions imposed by Moscow after the jet crisis, and thus its removal is an important step in the normalization process.