The fDi Report 2013, an annual assessment of crossborder investment based on the fDi Markets database from the Financial Times, identifies the latest foreign direct investment trends across the globe. 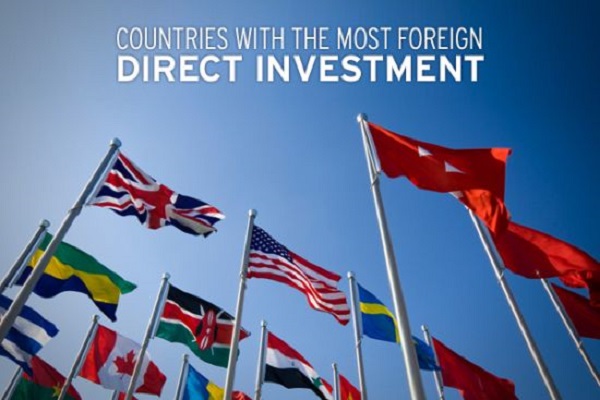 14 May 2013: The slow recovery in global greenfield foreign direct investment (FDI) in 2011 ground to a halt in 2012, with the second biggest decline in FDI since the start of the world recession. But although all world regions experienced a decline in FDI a number of countries experienced strong growth in inward investment projects: Chile, Spain, Indonesia, Poland and Oman.

The fDi Report 2013, an annual assessment of crossborder investment based on the fDi Markets database from the Financial Times, identifies the latest foreign direct investment trends across the globe. This year’s report has a special focus on tax and FDI, showing that multinational enterprises minimise their tax burden through overseas operations and giving new evidence of the strong link between corporate tax rates and crossborder investment. Governments face a huge challenge in ensuring that multinational enterprises pay the tax due without undermining their country’s attractiveness for FDI. Coordinated multilateral action would seem the only way to achieve this.

Among the countries, Chile replaced Brazil this year as the star performer. Investment to Chile is driven by sustained 5%-plus GDP growth rates, an influx of renewable energy investments attracted by the country’s excellent conditions for solar power and electricity demand from the mining sector.

In North America, most states and provinces experienced a decline in FDI, with Michigan the outstanding exception achieving a 60% growth in FDI projects. Alabama also achieved strong growth. The two states’ excellent performances reflect the rebound of the automotive sector in the US. In Europe, the UK performed slightly better than the other countries as a whole, increasing its market share of the FDI into the region to 20.87% in 2012, the highest of any European country.

This year’s fDi Report also has a focus on the BRIC economies. In recent years these countries have attracted more than 22% of global FDI projects, however, their share declined in 2012 to 17.6%.

• The UK and Germany accounted for 45.45% of FDI out of western Europe

• FDI into China, India and Russia peaked in 2008 and has not recovered since. FDI into Brazil, after a record high in 2011, experienced a decline in 2012. The number of FDI projects in China and Russia in 2012 was the lowest in the past decade. With Brazil struggling to regain growth, Russia muddling along, and growth levels in China and India falling, we expect the market share of BRICs in global FDI to continue to decline in 2013

• Asia-Pacific remained the leading regional destination for FDI in 2012, with 3,740 projects tracked, increasing its global market share to 31.72%

• Although FDI into the Middle East fell in 2012, it was the only region to increase its volume of outbound FDI in 2012, with FDI projects from the region growing by 15.74%

• Despite a decline in outward FDI, western European enterprises remained the leading source of FDI overseas, accounting for 43.12% of global FDI projects in 2012

• The top five sectors for FDI projects in 2012 remained the same as 2011:  business and financial services; information and communications technology (ICT); transport equipment; engines, turbines and industrial machinery; and chemicals, plastics and rubber the leading sectors.