The Civil Aviation Authority has said it is taking legal action against Ryanair over its refusal to compensate thousands of UK-based customers. 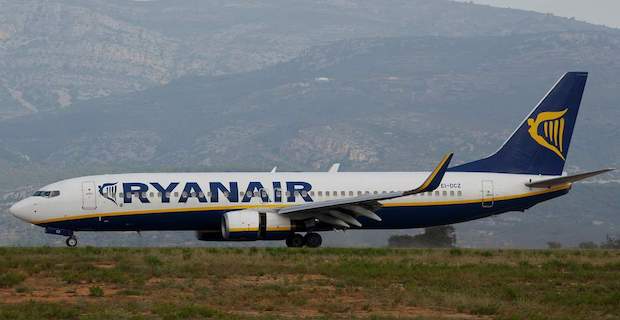 Their flights were cancelled or delayed over the summer because of strikes by Ryanair pilots and cabin crew.

The CAA says they are entitled to compensation under EU law.

However, Ryanair argues the strike action amounts to "extraordinary circumstances" and that therefore, it does not have to pay.

More Ryanair passengers have put in compensation claims for cancellations or delays to arbitration this year than any other airline.

Figures from the Alternative Dispute Resolution (ADR) service showed the airline accounted for the largest proportion - 30% - of all appeals.

According to the CAA, under EU legislation, passengers are allowed to make an EU261 claim when flights are delayed by three hours or more, cancelled or when they are denied boarding.

Ryanair, like other airlines, was signed up to abide by ADR decisions.

Ryanair has now told the CAA that it has terminated its agreement with ADR.

"As a result of Ryanair's action, passengers with an existing claim will now have to await the outcome of the Civil Aviation Authority's enforcement action," the CAA said.

In response to the CAA's announcement, a Ryanair spokesperson said: "Courts in Germany, Spain and Italy have already ruled that strikes are an 'exceptional circumstance' and EU261 compensation does not apply. We expect the UK CAA and courts will follow this precedent."

Rory Boland, Which? travel editor, said: "Customers would have been outraged that Ryanair attempted to shirk its responsibilities by refusing to pay out compensation for cancelling services during the summer - which left hard-working families stranded with holiday plans stalled.

"It is right that the CAA is now taking legal action against Ryanair on the basis that such strikes were not 'extraordinary circumstances' and should not be exempt, to ensure that the airline must finally do the right thing by its customers and pay the compensation owed."

Keywords:
RyanairCivil Aviation Authority
Your comment has been forwarded to the administrator for approval.×
Warning! Will constitute a criminal offense, illegal, threatening, offensive, insulting and swearing, derogatory, defamatory, vulgar, pornographic, indecent, personality rights, damaging or similar nature in the nature of all kinds of financial content, legal, criminal and administrative responsibility for the content of the sender member / members are belong.
Related News