Primark boss: We have sold nothing

Clothing giant Primark has gone from making £650m in sales a month to nothing as the coronavirus has forced it to close in Europe and the US. 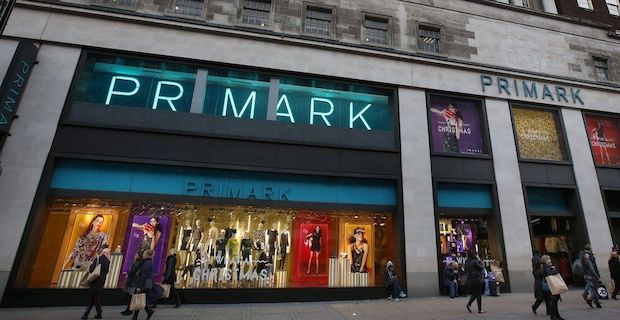 Primark owner Associated British Foods "has been squarely in the path of this pandemic," said boss George Weston.  Without furlough support from European states, many of Primark's 68,000 staff would have been made redundant, he said. The company has also written down the value of its clothing stock by £284m. In a statement accompanying AB Foods' half-year results, Mr Weston said that at Primark: "From making sales of £650m each month, since the last of our stores closed on 22 March, we have sold nothing." He added that while he would "love" to be able to reopen Primark stores, "I know that we must not do so until we have suppressed this disease". Mr Weston also also said that when stores can reopen, "we must make our Primark stores safe for our staff and our customers, even if that means ensuring there are fewer people shopping at any one time and so accepting lower sales at least until the remaining risk is minimal".

"In time we can rebuild the profits. We can't replace the people we lose." Mr Weston paid tribute to two workers at AB Foods who within the last three weeks have died from coronavirus. Mario Marioli worked for 40 years at a yeast plant the firm owns in Italy, and Claudio Maini worked at Italian balsamic vinegar maker Acetum for 20 years.

AB Foods said it had paid Primark's suppliers for stock it has received and will set up a fund to ensure workers who make those clothes are paid. This move comes at a time when competing retailers have asked suppliers for payment holidays and cuts. Earlier this month, New Look said it would suspend payments to suppliers for existing stock "indefinitely", telling them in a letter that the stock can be collected by its owners. AB Foods is cash-rich by comparison with many companies with a High Street presence. It has £801m in cash and a £1.09bn loan agreed, which it has recently drawn down in case banks have trouble lending in the future.

Keywords:
CoronavirusPrimark
Your comment has been forwarded to the administrator for approval.×
Warning! Will constitute a criminal offense, illegal, threatening, offensive, insulting and swearing, derogatory, defamatory, vulgar, pornographic, indecent, personality rights, damaging or similar nature in the nature of all kinds of financial content, legal, criminal and administrative responsibility for the content of the sender member / members are belong.
Related News