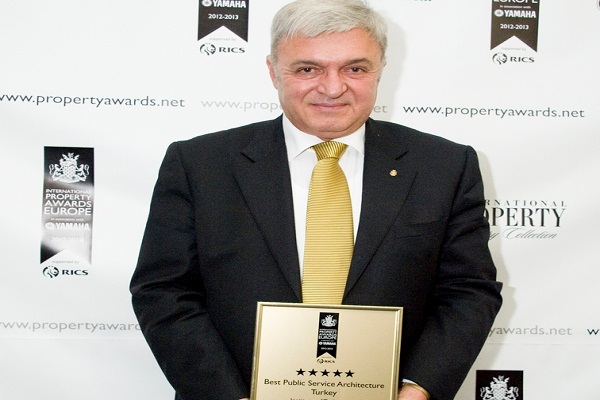 A select number of Europe’s property professionals are about to be rewarded for their excellence. The European Property Awards 2012 have now been judged and Dr. Ahmet Vefik Alp has been informed that it is amongst the winning architects for his achievement entitled‘Institute of Advanced Technology, Department of Environmental Engineering Building, Gebze, Kocaeli, Turkey

Successful entrants have been invited to attend a high profile Gala Presentation Dinner at the London Marriott Hotel Grosvenor Square on Monday, September 24th where the official announcements will be made. This follows a Property Summit held during the day attended by presidents, CEOs, managing directors, chairmen and other decision makers.

The European Property Awards are part of the long established International Property Awards and its award winners’ logo is recognised as a symbol of excellence throughout the global industry. Attaining one of these coveted awards is indisputable evidence that Dr. Ahmet Vefik Alp is capable of beating some exceedingly strong contenders within the highly competitive European property arena.

Later this year, the highest scoring winners from the European Property Awards will compete against other winning companies from Asia Pacific, Africa, the Americas and Arabia to find the ultimate World’s Best in each category.

Stuart Shield, President of the International Property Awards, says, “ We received entries from 29 different European countries this year and the standard was extremely high. Any participant to win one of these awards has shown exceptional levels of professionalism and competence in their respective field.”