Pegasus Airlines took delivery of the first aircraft of its 100 Airbus order made in 2012, the single largest aircraft order in Turkish civil aviation history at the time 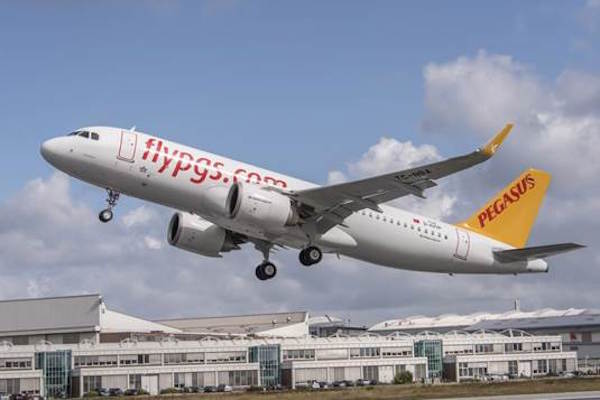 (LONDON, 22 July 2016)-Pegasus Airlines took delivery of the first aircraft of its 100 Airbus order made in 2012, the single largest aircraft order in Turkish civil aviation history at the time. The A320neo aircraft TC-NBA named ‘Demokrasi’ (Democracy) makes Pegasus the launch operator for A320neo with CFM engines.

This aircraft marks the launch of a new era for Pegasus

Speaking at the delivery ceremony, Pegasus CEO Mehmet T. Nane said, “We are gathered here as the representatives of a brand proud of its past achievements and the positive influence it has had in the market. This new delivery of the aircraft marks the official launch of a new era for Pegasus.

We’re delighted to be taking delivery of the first of our ‘New Engine Option’ (neo) aircraft from the A320 and A321 series. Our aircraft order, signed on 18 December 2012, for 100 Airbus A320neo and A321neo (of which 25 are optional) to the value of approximately US$12 billion marks the launch of the second major era of growth in Pegasus’ history. With our new aircraft we will offer our guests an unrivalled travel experience and as we receive more deliveries we will set a new benchmark in flight comfort, seamlessness and ease across our entire fleet. Our new aircraft will power our continued growth and be the new face of Pegasus.”

“The addition of the new aircraft into our fleet will also contribute to the growth of the tourism and trade sectors and foster the economic growth in our country.”

Mehmet T. Nane continued, “Our first A320neo will be the first in the world powered by a CFM leap series engine. In other words, Pegasus is the launch operator of one of the world’s most technologically advanced aircraft and the world’s most efficient engine. By tracking our performance, other airlines around the world will learn about the dual benefits of this model and engine performance.”

Airbus President and CEO Fabrice Brégier said, “We are delighted to be delivering our first CFM powered A320neo to Pegasus Airlines. It fills us with pride that Pegasus Airlines has selected the A320neo Family to achieve its impressive growth plans. We are sure the aircraft will deliver on their expectations.”

Engine manufacturer CFM’s CEO Jean-Paul Ebanga said "Today, Pegasus, Airbus and CFM are making history. Introducing a new engine family in commercial service happens almost once in a lifetime. It's a big deal, so we are very proud to do it with our long-term customer, Pegasus, and with Airbus,” said CFM International CEO Jean-Paul Ebanga.