One of Europe’s leading low-cost carriers Pegasus Airlines' CEO Mehmet T. Nane will give a keynote interview as part of Global LCC Leaders forum at this year's Aviation Festival at London’s Business Design Centre on 9 September 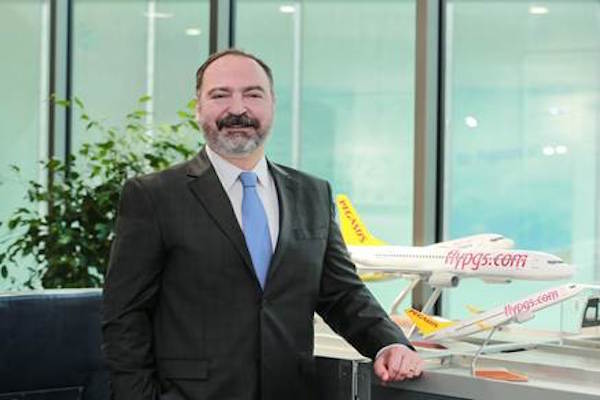 LONDON (AVRUPA TIMES)-One of Europe’s leading low-cost carriers Pegasus Airlines' CEO Mehmet T. Nane will give a keynote interview as part of Global LCC Leaders forum at this year's Aviation Festival at London’s Business Design Centre on 9 September. The interview will take place at 14.20 in the main auditorium.

This will mark the first London visit for Pegasus’ newly appointed CEO Mehmet T. Nane who will lay out his vision for Pegasus and discuss how the airline maintained its passenger growth as Turkey’s fastest growing airline despite the challenging conditions of 2016. Nane will also reveal Pegasus’ future growth strategy and fleet expansion plans following the delivery of its first aircraft from its Airbus order in July this year which made Pegasus the first airline in the world to operate the more environmentally friendly CFM Leap-1A engine powered A320neo.

Pegasus Airlines today flies to 102 destinations in 40 countries, with growth that continues in 2016:  In the first seven months of this year Pegasus’ total guest traffic grew by 8.8% year-on-year to reach 13.46 million. In the first six months of 2016 Pegasus’ guest numbers for UK routes also registered an increase of 24.1% compared to the same period in 2015.  Pegasus Airlines provides low cost and easy connections across its network that expands across Europe, North Africa, the Middle East, Russia and Central Asia with one of Europe’s youngest fleets of 76 aircraft at an average age of 5.4 years.