Ethnic minority business owners surveyed are twice as likely as other businesses to offer work placements for young people and mentor other entrepreneurs in their community. 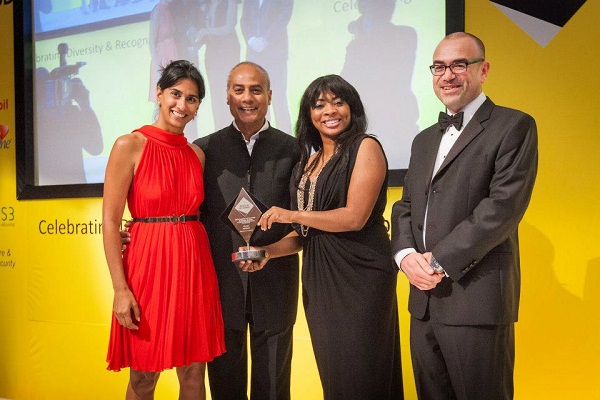 London, 12 October 2012: A landmark report launched at the Minority Supplier Development UK (MSDUK) 2012 Conference highlights the role of ethnic minority-owned businesses in driving socio-economic growth in the country’s most deprived communities.  Despite regional inequality still being an omnipresent issue in the UK.  The results of the report are based on analysis of MSDUK’s 300+ corporate members and ethnic minority suppliers, with additional surveys and interviews with a smaller subset of corporates and ethnic minority business owners.

Mayank Shah, Director, MSDUK said, ‘This is a benchmark study on the impact of supplier diversity on both procurement organisations as well as ethnic minority communities and reiterates a strong economic case. I strongly believe that inclusive procurement leads not only to inclusive economic growth but brings bottom-line benefit to corporate supply chain and this report establishes this view.’

The awards ceremony at the conference acknowledged MSDUK’s corporate members for their ongoing commitment to growing supplier development.  The winners included:

Overall Supplier of the Year: Gateventures

Corporation of the Year- IBM

Furthermore, according to a Department of Business, Innovation and Skills (BIS) report on small and medium-sized enterprises (SMEs) in 2011, ethnic minority-owned businesses have demonstrated greater resilience against the economic downturn and are also more likely to have hired additional staff in the last 12 months than the general population of SMEs.  Ethnic minority business owners also demonstrate more positive attitudes towards entrepreneurship and innovation, and are more likely to act as mentors to other entrepreneurs in the community.

Paul King, Global Supplier Diversity Program Manager for IBM, said: “Minority Owned businesses tend to be more responsive to the needs of IBM and help IBM achieve our key strategic diversity objectives by delivering innovation and quality goods and services.  IBM has been a founding member of MSDUK and will always support organisations that promote diversity and can help IBM deliver added value to our clients.”

As public contracts are now assessed based on its ‘value for money’, policy makers should encourage greater participation from ethnic minority suppliers as they not only deliver competitive economic value but also generate greater social value for regional and more deprived communities.  To promote a more balanced economy that encourages participation from all members of society, policy makers should work with MSDUK to promote the benefits of supplier diversity to UK private and public sector organisations.