Pegasus' Sales Director Emre Pekesen will also be available on 6 and 7 November for media interviews. 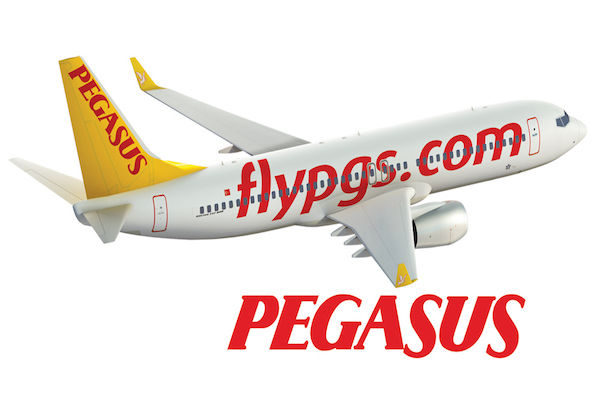 Leading low-cost airline Pegasus is exhibiting at London’s WTM between 6 and 8 November as a partner on Turkey Stand EU1000-EU1050, marking a year that saw the airline transform travel in the region and continue to grow its passenger numbers, routes and flights despite challenging times.

Pegasus Airlines is organising a raffle at WTM 2017 giving a lucky visitor the chance to win one of two flights on any route on its wide-reaching network with many exciting off-the-beaten-track destinations available including Abu Dhabi, Almaty, Beirut, Dubai, North Cyprus, Tbilisi, Tel Aviv and Tehran as well as more than 30 Turkish destinations including Bodrum, Izmir and Istanbul. Visit the stand to drop your business card before the end of the fair, at which time the winner will be drawn.

Pegasus' Sales Director Emre Pekesen will also be available on 6 and 7 November for media interviews.

Pegasus Airlines launched its first charter flights in 1990 and was then acquired by ESAS Holding in 2005, since which it has been operating scheduled flights as Turkey’s first and leading low-cost airline. Pegasus offers its guests competitively priced, comfortable and punctual point-to-point and transit flights operated with the newest aircraft under the auspices of its low-cost model.  Founded with the mission that everyone has the right to fly, Pegasus Airlines flies a scheduled service to 108 destinations, including 37 in Turkey and 72 other international destinations across 40 countries, providing flights through its hubs at Istanbul Sabiha Gokcen and Ankara Esenboga to destinations across Europe, North Africa, the Middle East, Russia and Central Asia. Pegasus made the single largest-ever aircraft order in Turkish civil aviation history at the time in 2012 of approximately US$12 billion (list price) for 100 new Airbus aircrafts, of which 25 are optional. For more information visit www.flypgs.com/en