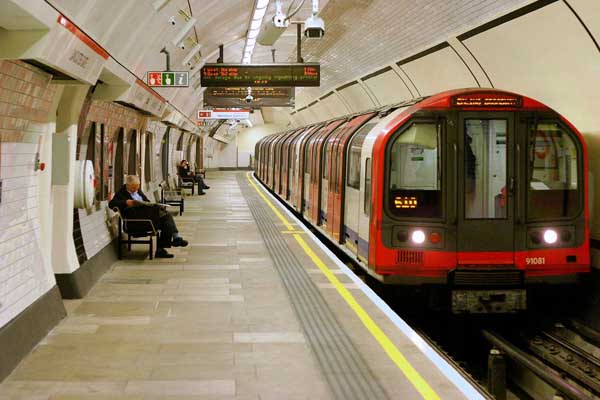 Statement from London Underground as Trade Unions Reject New Offer. On Friday, London Underground (LU) put forward a revised pay offer to the trade unions in an attempt to settle their disputes over pay, Night Tube and changes to modernise customer service at stations.

LU explained that while there could not be an increase in the value of the original pay offer, it had listened and worked to re-shape it in response to their concerns over work-life balance.

The unions are continuing to demand more money, the hiring of even more staff – including for ticket offices that customers no longer use – and further guarantees on what they consider to be issues around work-life balance, including a 32 hour, four day week.

Steve Griffiths, Chief Operating Officer, London Underground, said: “After listening to the unions, we put forward an extremely fair revised offer, which addresses their concerns over work life balance and rewards our people for the hard work they do in keeping London working and growing. Despite this, the new offer has been rejected outright by the union leadership, again without consulting their members. We continue to urge them to put the new offer to their members and not subject Londoners to further unnecessary disruption. We remain available for talks at any time.”

The new offer is:

An average two per cent salary increase this year, and one per cent or inflation (whatever is higher) for 2016 and 2017;

All staff on Night Tube lines or at stations serving them will be awarded £500 once the Night Tube is introduced on 12 September 2015, as promised in the original offer;

Drivers to receive an extra £200 per Night Tube shift worked during the period Night Tube is introduced;

In addition, station staff are being offered a £500 bonus for the successful completion of our modernisation of customer service by February 2016;

Assurances on work-life balance - with amended rosters and the new staff already hired for Night Tube, which will give drivers the same number of weekends off as they receive now.

LU has also reiterated its commitment to staff in recognition of the great job they do in keeping London working and growing:

No-one will be asked to work more hours than they do today to run the Night Tube. After a short transitional period while the service is introduced, drivers will have the choice as to whether they work nights or not;

Everybody will remain entitled to two days off in seven;

Rest and time off between shifts will always be in line with, or better than, statutory guidelines;

Annual leave for staff will remain significantly above the national average – 43 days for a train operator, 52 days for a member of our station staff;

An above-inflation pay rise this year and guaranteed rises for the next two years, as well as a Night Tube bonus.

LU has also kept its promises to staff during the modernisation of customer service in stations:

·         A job for anyone who wants to stay, without loss of pay or compulsory redundancies;

·         A job no more than 30 minutes from their current work location without needing to ‘apply for their own job’;

·         All stations remaining staffed at all times, with a Supervisor looking after each station whenever it is open;

If strike action goes ahead, customers are advised to complete their journey by 18:30 on Wednesday 5 August. There will be no Tube service on Thursday 6 August. Extra bus and river services will run to help people get around, but all public transport and roads will be much busier than usual, especially during peak hours.

o    An average increase on basic salary for all staff of 2 per cent - this is made up of 1 per cent (equivalent to RPI) annual pay increase for 2015 plus a £500 consolidated flat rate increase to recognise our transformation to a 24-hour passenger service operation - Night Tube;

o    £500 non-consolidated launch payment to all staff on Night Tube lines or at stations serving these lines, including asset performance teams;

o    In the future, the £500 non-consolidated launch payment (indexed linked) will be paid to staff when Night Tube is launched on the remaining lines;

o    A non-consolidated payment for train operators at Night Tube depots with interim rosters, equal to £200 per Night Tube shift worked, for up to a year, until the introduction of fixed night links and/or reduced hours operators;

o    For train operators, we will seek to mitigate any reduction in weekends off to maintain, where possible, work-life balance during the transition period by:

- Offering a choice of 2/7 or 4/5 night block rosters (as opposed to blocks of 7) at each Night Tube depot;

- Deploying pool operators at affected depots as needed to maintain weekends off until a long term solution is in place.

Fit for the Future – Stations offer

o   Assurances on work-life balance following implementation of the new model to modernise customer service at stations as follows:

- The vast majority of station staff will already have a comparable number of weekends off as they have today. This percentage will improve even further through local discussion and consultation;

- We will give staff 28 days notice of the rest days when they are working a cover week;

- We will limit the distance we ask staff to work away from their home location;

- Where staff cover a higher graded role for three consecutive shifts or more, they will be paid Higher Duty Pay for the whole period.

o   £500 non-consolidated launch payment at the successful launch of the new model from February 2016.