The economic plan will set out how the chancellor will fund tax cuts and cut debt after his mini-budget plans for extra borrowing rattled investors. 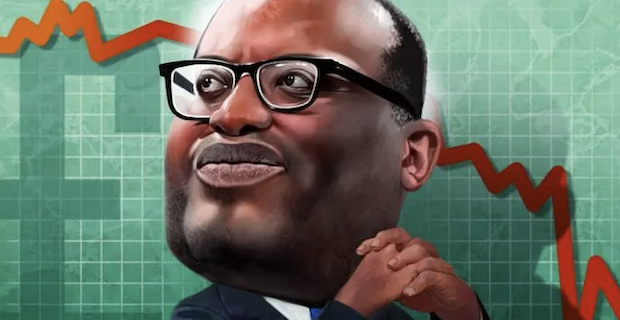 Kwasi Kwarteng will bring forward his plan for balancing the government's finances by almost a month to 31 October, in a bid to reassure markets.The economic plan will set out how the chancellor will fund tax cuts and cut debt after his mini-budget plans for extra borrowing rattled investors.An independent forecast of how the economy will perform in coming years will be published at the same time.Mr Kwarteng had initially said he would wait for 23 November to give details.His refusal to publish a draft report by the Office for Budget Responsibility (OBR) to accompany the mini-budget on 23 September also rattled markets and some MPs.In the wake of the mini-budget, the pound slumped to a record low, government borrowing costs surged and the Bank of England was forced to step in and take emergency action after the dramatic market movements put some pension funds at risk of collapse.The new date means Mr Kwarteng's fiscal statement will be published before the Bank of England announces its latest decision on interest rates on 3 November.The Bank's Monetary Policy Committee (MPC) is widely expected to raise interest rates for the eighth time since last December with many economists forecasting a sharper rise than previous increases.But Mel Stride, chairman of the Treasury Select Committee, tweeted that he hoped Mr Kwarteng's decision to release the report earlier would result in a smaller rate rise.

Truss reaches out to MPs after Tory splits exposed

He tweeted: "If this lands well with markets then MPC meeting on 3rd Nov may result in smaller rise in interest rates. Critical to millions of mortgage holders."Former Transport Secretary Grant Shapps, who supported Rishi Sunak in the Tory leadership contest, called Mr Kwarteng's decision "a belated but sensible move".Noting that that the plan will be published on Hallowe'en, Labour deputy leader Angela Rayner tweeted: "Trick or cheat? The Tory horror show rattles on."The OBR, the independent budget watchdog, will now publish a report alongside Mr Kwarteng's statement at the end of October. Its forecasts will give an indication of the health of the nation's finances.

Keywords:
Uk Economic PlanKwarteng
Your comment has been forwarded to the administrator for approval.×
Warning! Will constitute a criminal offense, illegal, threatening, offensive, insulting and swearing, derogatory, defamatory, vulgar, pornographic, indecent, personality rights, damaging or similar nature in the nature of all kinds of financial content, legal, criminal and administrative responsibility for the content of the sender member / members are belong.
Related News