Izmir, known as the "Pearl of the Aegean Region," has been holding its breath ahead of the countdown for the vote to choose the host city of EXPO 2020 on Wednesday. 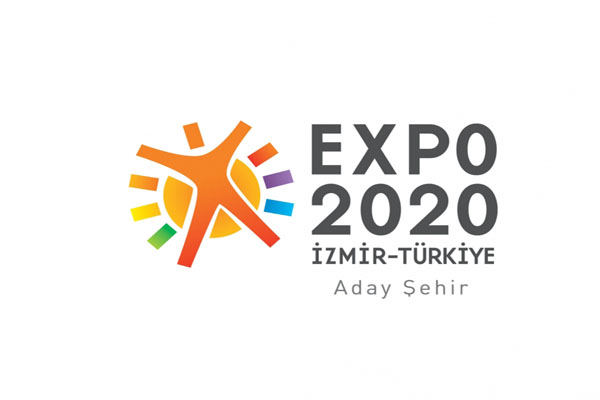 The western Turkish coastal province of Izmir, known as the "Pearl of the Aegean Region," has been holding its breath ahead of the countdown for the vote to choose the host city of EXPO 2020 on Wednesday.

The General Assembly meeting of the Bureau of International Exhibitions (BIE) has just started at the Organisation for Economic Co-operation and Development (OECD) headquarters in Paris to select the city to host EXPO 2020.

The cities competing with Izmir for EXPO 2020 are the United Arab Emirates's Dubai, Russia's Yekaterinburg and Brazil's Sao Paulo.

During the general assembly, Sao Paulo, Dubai, Yekaterinburg and Izmir will make their final presentations to the BIE delegation.

Hosted by Chairman of EXPO 2020 Izmir Board and Executive Committee and Governor of Izmir Mustafa Toprak and Izmir Municipality Mayor Aziz Kocaoglu, a reception was held at Pavillon d'Armenonville in Paris for the BIE delegation prior to the vote with the attendance of Turkish Minister of Transportation, Maritime Affairs and Communication Binali Yildirim, Minister of Culture and Tourism Omer Celik, BIE Secretary General Vicente Gonzalez Loscartales and several other guests.

Speaking to AA ahead of the vote, Kocaoglu said he believed Izmir was the most appropritae candidate for EXPO 2020 in its second bid to host the event.

Turkish Health Minister Mehmet Muezzinoglu told AA that Izmir was the luckiest candidate against Sao Paulo, Dubai and Yekaterinburg as it is way ahead of its rivals in the competition.

EXPO 2020 Izmir will present the theme of "Health for All," if selected.

Izmir's outlook to change with EXPO 2020

Izmir will assume a different shape through the implementation of new projects to develop the city's outlook.

According to the construction plan of the Turkish Ministry of Environment and Urbanization, the EXPO arena will be assessed as a city park which will include fields for recreation, beaches, sports areas, and game and entertainment at the end of construction.

Izmir will gain new features with projects on transportation, infrastructure planning and urban transformation in the event of being elected for EXPO 2020, say ministry officials.

While various policies and strategies are being produced so as to increase life quality in the city within the scope of EXPO, the use of renewable and green energy sources will be enabled.

In addition, efforts aimed at decreasing the carbon footprint will be undertaken and products and services with low carbon emission will be preferred.

EXPO, also known as the world’s fair, gathers people from across the world to exhibit ideas and innovations for a better future with a selected theme being organized every five years for six months.

Every five years, the World Expos attract millions of visitors who explore and discover pavilions, exhibitions and cultural events staged by hundreds of participants including nations, international organisations and businesses.

Each World Expo is a catalyst for economic, cultural and social transformation and generates important legacies for the host city and nation.

World Expos remain a key meeting point for the global community to share innovations and to make progress on issues of international importance such as the global economy, sustainable development and improved quality of life for the world’s population.

EXPO 2015 will be held in Milan, while EXPO 2010 took place in Shanghai with an attendance of 73 million people.

Izmir, a candidate city for 2015, had lost during the final vote.