Students in England are going to graduate with average debts of 50,800 pound after interest rates are raised on student loans to 6.1 percent according to the Institute for Fiscal Studies. 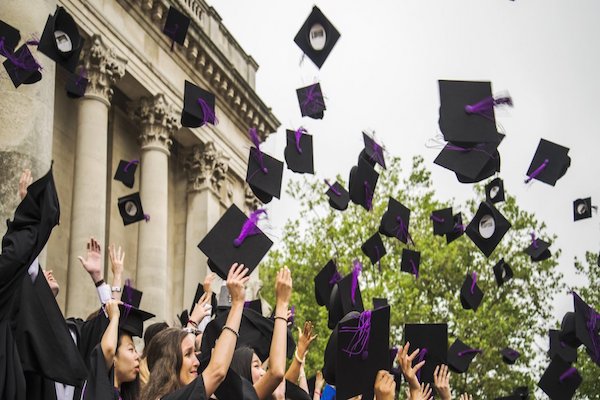 Interest charges are levied as soon as courses begin and the IFS says students on average will have accrued £5,800 in interest charges by the time they have graduated from university. Report author Chris Belfield describes the interest as "very high", but the Department for Education declined to comment on the increase in charges. Universities Minister Jo Johnson says that more disadvantaged students than ever are going to university. The study from the IFS compares England's current student finance system introduced in 2012, where fees were raised to £9,000, with the previous system introduced in 2006, when fees were about £3,000. Because the level at which graduates have to repay also increased, to £21,000, it meant that those with low incomes were initially better off, says the IFS.

But the repayment threshold has been frozen since 2012 - and the IFS report says that graduates on all income levels are now worse off than under the previous fee regime. Students from disadvantaged backgrounds can borrow more in maintenance support - but because these are now loans rather than grants, it means that the poorest students will leave with the highest debts.