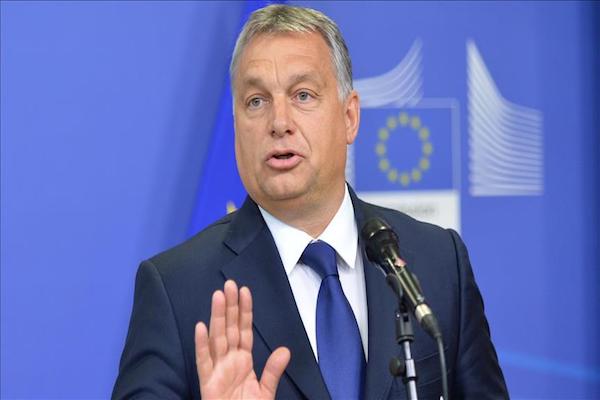 AvrupaLondon - Hungary’s prime minister on Friday declared a "political fight" over a ruling by the EU's highest court rejecting the country's objections to a European-wide migration relocation scheme."Now instead of a legal fight, we have to fight a political fight," Viktor Orban told state radio.He also accused the EU of seeking to "transform Europe's traditional population and culture into a continent with a mixed population and a mixed culture"."We are not an immigrant country and Hungary does not want to be an immigrant country," the prime minister insisted.The European Court of Justice on Wednesday dismissed legal action brought by Slovakia and Hungary against EU plans to relocate thousands of asylum-seekers across all member states.In response to the migration crisis in 2015, the EU adopted a decision to distribute asylum seekers who arrived in Italy and Greece, which were dealing with a massive inflow of migrants.Since compulsory quotas were introduced in September 2015, Hungary has not accepted a single asylum seeker, while nearly 28,000 people have been relocated under the scheme, far below the 160,000 target.Hungary and Slovakia had asked the court to annul the scheme, claiming that "adoption of the decision was vitiated by errors of a procedural nature or arising from the choice of an inappropriate legal basis".The countries claimed the relocation scheme was non-binding as they had voted against the deal, together with the Czech Republic and Romania.In July, the EU Commission threatened the Czech Republic, Hungary and Poland with lawsuits for not implementing the relocation measures.Hungary and Poland remain the only EU states that "have not relocated a single person", while the Czech Republic has not relocated anyone since August 2016, the Commission said.