House price growth is set to slow "considerably" in the coming year, the Halifax has said, as households face a squeeze on their finances. 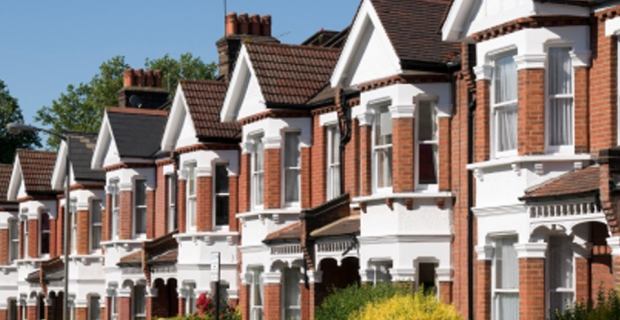 The mortgage lender said house prices grew by 0.3% in January, the lowest monthly increase since June 2021. However, the rise meant the average price hit a record high of £276,759, and the Halifax said affordability remained at "historically low levels". Annual house price growth remained at 9.7% in January. The Halifax noted that house price rises continued to outstrip earnings growth.

"This situation is expected to become more acute in the short-term as household budgets face even greater pressure from an increase in the cost of living, and rises in interest rates begin to feed through to mortgage rates.

"While the limited supply of new housing stock to the market will continue to provide some support to house prices, it remains likely that the rate of house price growth will slow considerably over the next year."

Last week, the Nationwide's rival house price index reported that prices had risen at the fastest annual pace for a January in 17 years. But it too warned of affordability problems. "A 10% deposit on a typical first-time buyer home is now equivalent to 56% of total gross annual earnings, a record high," said the building society's chief economist, Robert Gardner. Estate agents said they thought the market would remain resilient in 2022.

"Though price growth is slowing, these figures demonstrate the underlying strength of the market and how likely it is to withstand increasingly stretched affordability," said Jeremy Leaf, a north London estate agent and a former Royal institution of Chartered Surveyors (RICS) residential chairman.

Nicky Stevenson, managing director at estate agent group Fine & Country, said the lack of properties coming up for sale would continue to underpin the market.

"The key driver of growth at present is the fact that the supply of housing stock remains so low, and without a strong injection of new listings, a correction in the market is unlikely to happen just by magic," she said.

"Signs that stock levels may improve in the coming months remain only tentative, and in the meantime the clamour for homes nationwide remains undiminished."

Keywords:
House Price UK
Your comment has been forwarded to the administrator for approval.×
Warning! Will constitute a criminal offense, illegal, threatening, offensive, insulting and swearing, derogatory, defamatory, vulgar, pornographic, indecent, personality rights, damaging or similar nature in the nature of all kinds of financial content, legal, criminal and administrative responsibility for the content of the sender member / members are belong.
Related News