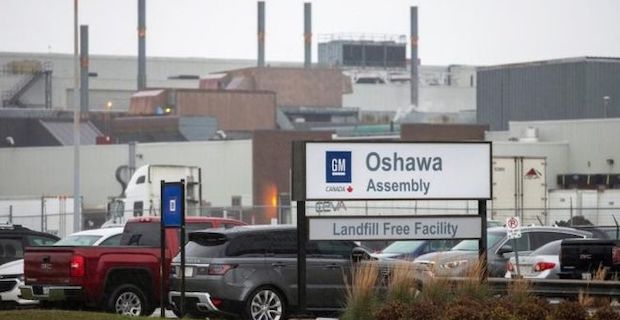 The US carmaker has also announced it will close three plants outside North America by the end of 2019.

The moves follow rising costs and slowing car sales and come as the US carmaker focuses on its line-up of trucks, electric and self-driving vehicles.

The cutbacks include a 15% reduction the number of its employees, including 25% fewer executives.

"The actions we are taking today continue our transformation to be highly agile, resilient and profitable, while giving us the flexibility to invest in the future," said GM chairman and chief executive Mary Barra.

"We recognise the need to stay in front of changing market conditions and customer preferences to position our company for long-term success."

The firm said it was cutting production of the Buick LaCross, Chevrolet Volt, Cadillac CT6 and XTS and Chevrolet Impala, as well as older versions of the Silverado and Sierra.

General Motors had signalled some of its plans previously.

In February, the company said it would close one plant in South Korea. It also offered buyouts to thousands of workers earlier this year.

Keywords:
GMGeneral Motors
Your comment has been forwarded to the administrator for approval.×
Warning! Will constitute a criminal offense, illegal, threatening, offensive, insulting and swearing, derogatory, defamatory, vulgar, pornographic, indecent, personality rights, damaging or similar nature in the nature of all kinds of financial content, legal, criminal and administrative responsibility for the content of the sender member / members are belong.
Related News